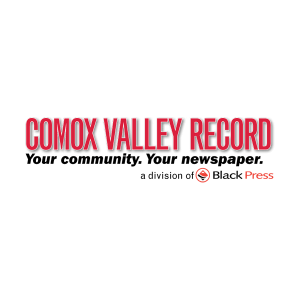 If you knew this editorial involved blue carbon or carbon sequestration, would you read on?
Nonetheless, we ask that you keep reading.
For the second time in four months, Environment Minister Terry Lake was in the Comox Valley last week to deal with the issue.
Just before Christmas, he was in MLA Don McRae’s office with several other people, including Project Watershed chair Paul Horgen, to discuss the topic.
Last week, Lake visited again to sign a memorandum of understanding with Project Watershed and Vancouver Island University.
At stake — the health of B.C.’s many estuaries and the future of the planet.
The B.C. Ministry of Environment is providing a modest $30,000 toward the first phase of scientific research planning for blue carbon projects in this region.
If successful, the partnership will lead to better understanding of climate change, improvements to coastal ecosystems and possibly provide economic benefits.
Blue carbon the carbon that is stored in the marine environment, shellfish, plants and sediment. According to Lake’s ministry, “healthy estuaries remove and store carbon dioxide, possibly even more effectively than plants on land.”
Removing CO2 from the atmosphere reduces global warming. Eelgrass, for example, naturally absorbs and stores carbon dioxide.
Horgen notes, however, that eelgrass meadows are disappearing from estuaries due to pollution and habitat destruction.
Horgen, an extremely bright and educated man with the ability to make complex things understandable, is leading a drive to restore the health of the Courtenay River estuary in particular.
While it’s complicated, doing so would increase the amount of eelgrass, which would raise the amount of CO2 taken from the air, which could lead to the sale of greenhouse gas offsets, which would bring money to the Comox Valley.
Horgen’s leadership in the Comox Valley could lead to better health in B.C.’s 422 estuaries.
editor@comoxvalleyrecord.com
http://www.comoxvalleyrecord.com/opinion/203498761.html?c=y&curSection=/&curTitle=BC+Opinion&bc09=true