The Keeping It Living Awareness Campaign is run every year to raise awareness and funds for our Estuary Projects. It consists of an art auction and competition and celebratory estuary event(s).

Project Watershed has been conducting the Keeping It Living Campaign to raise awareness and funds for the protection and restoration of the K’omoks Estuary since 2009. 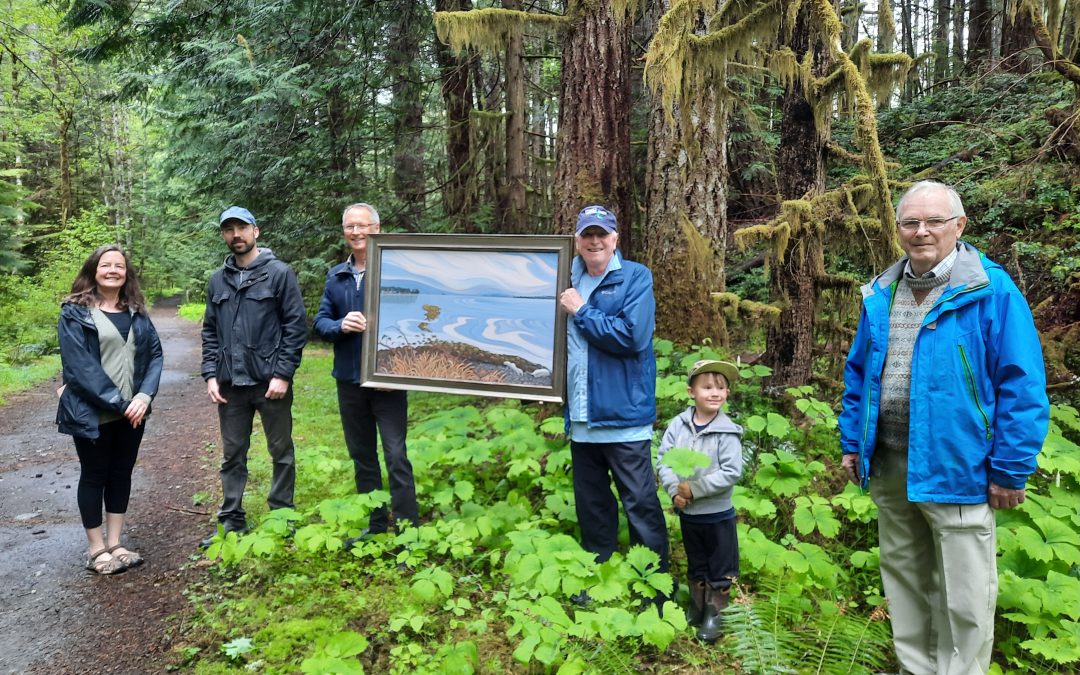 Christmas is coming and this year visits with relatives, friends and family are being discouraged. In these social distancing times sending a beautiful card will show you care and support our local environment.

Paintings, By The Numbers Raises Over $25,000 for Kus-kus-sum

We were finally able to hold the Paintings, By The Numbers event on Sept 12, 2020. The event raised over $25,000 for Kus-kus-sum and despite the fact that it was very different than we had planned preCOVID, it turned out to be a success.

Paintings, By The Numbers Gallery

Ken Kirkby and Nana Cook have donated 43 of their paintings and seven from their collection to raise funds and awareness for Kus-kus-sum through the engaging and powerful medium of art and the promise of getting a great deal. Each painting is worth between $1,500 and $4,000.

We have adopted the theme Keeping It Living, shared with us by Traditional Hereditary Chief Kwakxsistala Adam Dick, which describes indigenous practices that have been applied over the centuries to preserve plants, animals, and their habitat. The words encompass resource conservation and sustainability as well as constraints against taking too much or wasting abundant resources. The theme Keeping It Living embraces a commitment to an enduring and intentional strategy and represents a philosophical approach that has both an ethical and moral basis for protecting and restoring the Estuary.

For those of us who live in or visit the Comox Valley, it means connecting and reconnecting with the natural world of which we are a part, enjoying its wonder and its life forces while building a human community that celebrates and cherishes the presence of this natural world around which we have gathered.

We envision the Estuary as a place accessible to residents and visitors in such a way that it does not diminish the estuary’s ability to flourish. To enable this to occur, it is important for all political jurisdictions in the Comox Valley to come together to make the vision of Keeping It Living a reality. It requires the voice and passion of the citizens who live in this magnificent valley as well as their environmental organizations – their biologists, naturalists, and ecologists – and the K’omoks First Nation’s teachers and Elders – all of whom speak for and on behalf of life within the estuary, to join as partners in this collaborative effort to protect and restore the Courtenay River Estuary.