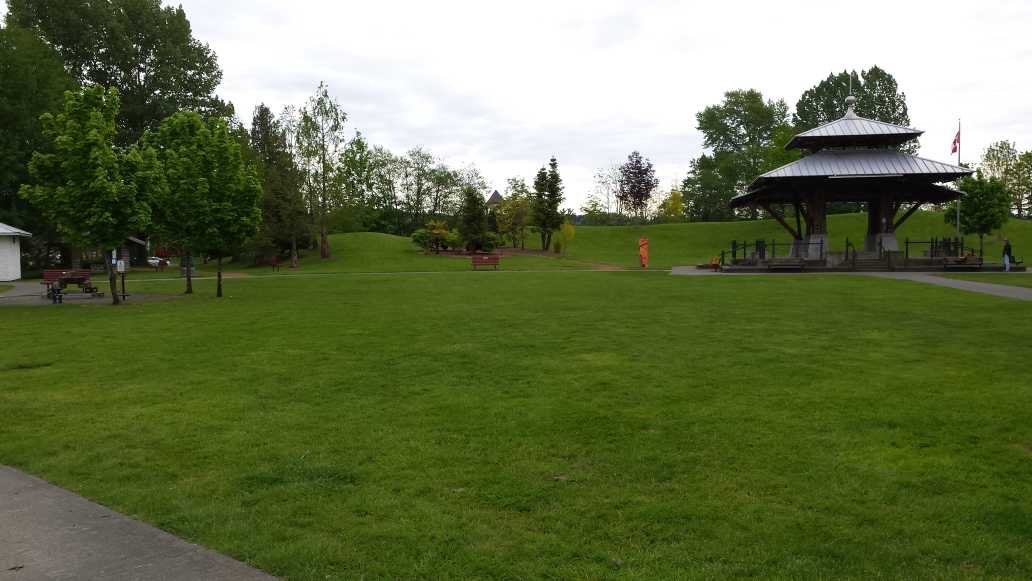 Simms Millennium Park is a municipally-owned 9.0 acre park located off the Old Island Highway directly across from Lewis Park and is naturally bounded by the Courtenay River to the south and Courtenay River Slough to the East and North.

The significance of Simms Millennium Park lies in its historical, scientific, aesthetic, and social value, particularly for its role during the Second World War, its association with important Courtenay businesses, its design, its situation in a riparian zone and its ongoing use as a community park.

Simms Millennium Park is valued for its role played in the defense of the West Coast of Vancouver Island and in training for the D-Day landings on the beaches in Europe during World War Two. From 1942 to 1944, the Courtenay River Slough was used to moor the several assault craft used in Combined Operations training and was only one of two sites of its kind in Canada. Currently used as a government dock, the Courtenay Slough reflects the presence of the federal government in the City. 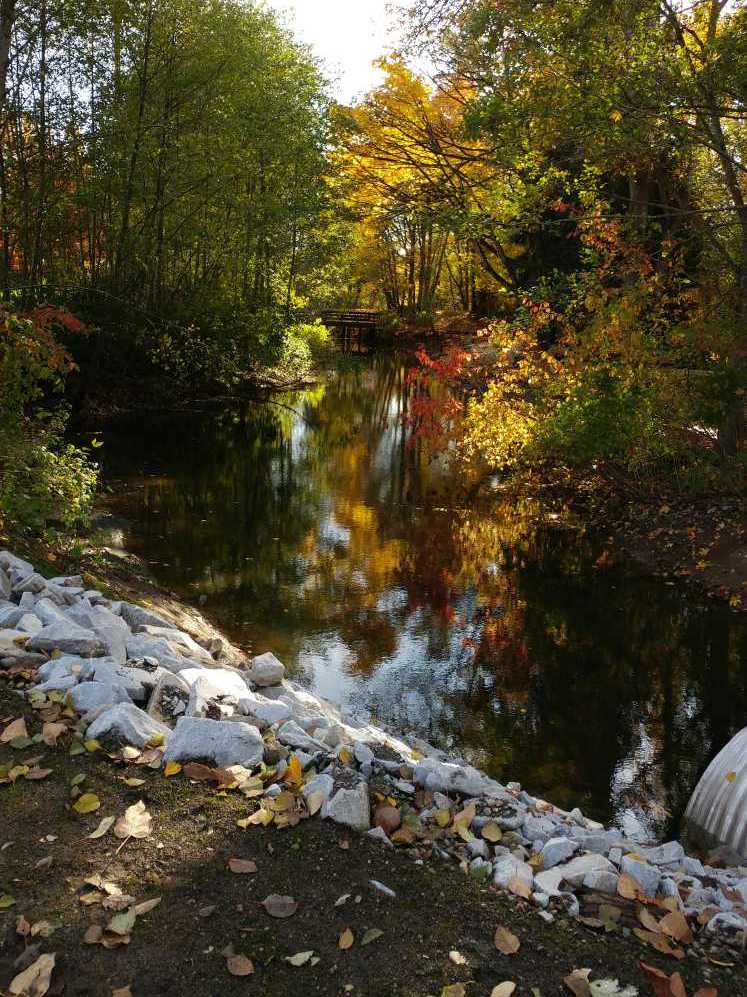 Simms Millennium Park has an historical relationship with two noteworthy businesses that occupied the site, including Inkster’s Lumber, which operated from 1939 to 1975, and the Brackman and Kerr Milling Company, which operated on the site from 1917 to 1958. Both businesses were situated facing the Courtenay River, highlighting the importance of the river as a transportation corridor for Courtenay’s economy.

Simms Millennium Park is associated with Charles Simms, the initial owner of the majority of the current park property. Simms, a prominent watchmaker, jeweller and local businessman, operated a high-traffic wharf on the site and was actively involved in civic affairs, serving three terms as Courtenay mayor between 1921 and 1942.

Flanked on two sides of water, Simms Millennium Park scientific value lies in its situation in a riparian zone. The grouping of mature trees, shrubbery, grasses and water around the park provide an immensely important habitat to a variety of wildlife, ranging from numerous species of salmon that spawn in the area, to birds and small mammals. It is significant that the park is uniquely configured to minimize the impact on this sensitive area, while enabling the public to view the wildlife that reside in their natural surroundings.

The aesthetic value of Simms Millennium Park lies in its exceptional design and setting. Constructed as a promenade park, it features a network of trails which provide views of the Courtenay River and slough. It is notable that the park consists of heavily forested areas, and features a variety of mature and recently planted deciduous and conifer trees. The park is important for its educational value seen in the unique and interactive paleo-garden designed by local paleontologists, and which features a variety of prehistoric plant species and fossils.

The social value of Simms Millennium Park is vested in its on-going use as a highly accessible community park and is valued as a cornerstone of the City of Courtenay’s Park program. 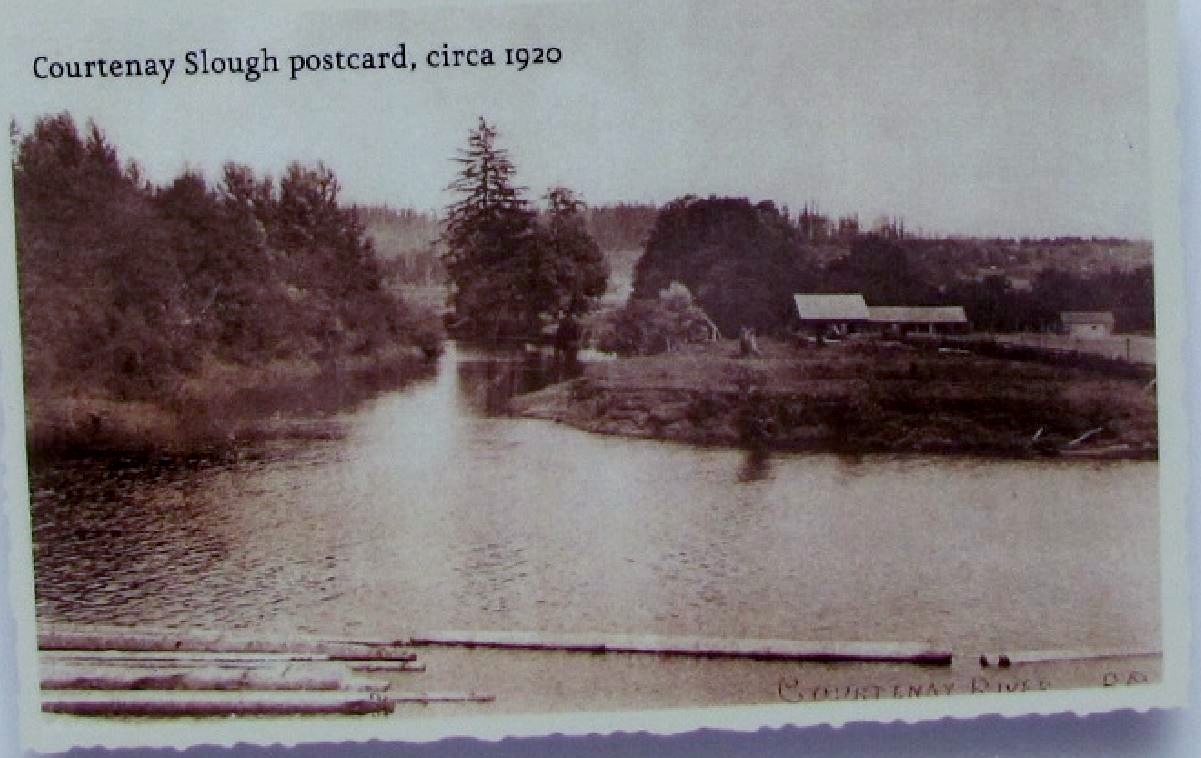 Happy Technician Tuesday! Earlier this year, our technician team surveyed Glen Urquhart stream to assess its profile for future stream restoration projects. While Glen Urquhart has been highly modified and impacted, salmon and other fish species do utilize it. Improved habitat in this area will directly benefit those species.

Welcome to our first Technician Tuesday!

A variety of native plants, shrubs and trees will be established at Kus-kus-sum as part of the restoration process. This will not only provide food, shelter and habitat for fish and wildlife but also help mitigate climate change. Check out this video to find out more.