Aquatic macroinvertebrates are small animals that live in water, are big enough to see with the naked eye, and have no backbone. These animals include many types of insects as well as other animals such as worms, mollusks, and crustaceans. Most aquatic macroinvertebrates make their homes in rocks, leaves, and the sediment of streambeds. These organisms have many special adaptations allowing them to live in demanding environments.

Marcroinvertebrates that live in riffles and fast-moving water may have features that help them hold on to rocky or hard substrates such as hooked feet or suction cups; or flat, streamlined bodies that can handle rapid water velocities. Macroinvertebrates that house themselves deep in muddy substrates may have different sets of adaptations for low oxygen environments such as air tubes or oxygen trapping red hemoglobin in their tissue. These bugs are important because they are an integral part of the food chain. They provide food for fish and other aquatic organisms. Many of them are also key indicator species. They can tell us about the quality of the water where they are found. Bugs that have a low tolerance to pollution tell us that the water they are found in is relatively healthy. If we do not find these bugs, then it could possibly be due to some sort of pollutant or other impairment to the water body.

Suggestions for Teaching About Aquatic Invertebrates

How to explain the term “aquatic macroinvertebrate”

When teaching students about aquatic macroinvertebrates for the first time, it is often helpful to break down the word. Ask students first what the word “aquatic” means. When the correct definition is given, do the same with the words “macro” and “invertebrate”. Although the term invertebrate refers to any animal without a backbone, be sure to emphasize insects since these lessons deal mostly with insects.

Explain to them that although the term “macro” means big (opposite of micro) these bugs are not huge, but large enough to see with your eye. Have the kids put the words together, i.e. aquatic macroinvertebrate means ‘big water bugs’.

Explain to your students that aquatic macroinvertebrates need special adaptations to survive and live underwater. You can ask how the invertebrates might breathe underwater. A lot of students probably understand that fish breathe with gills, so you can say they breathe similar to fish. However, some invertebrates do not have gills, but instead use a breathing tube. You can relate this to kids using snorkels when they go swimming.

Stoneflies have gills in their armpits (the point where the legs attach to the thorax). If students have the opportunity to observe stoneflies in a tub of water the stoneflies may begin to do “push-ups”. This is an excellent opportunity to discuss adaptations. Stoneflies live in fast flowing water where dissolved oxygen is abundant and easily acquired as water moves over their gills. Dissolved oxygen is less abundant in still water and the stoneflies have to do “push-ups” to force water over their gills. This is similar to students breathing hard after they have run across the playground.

Although the lessons can be taught in any order, below are two suggested sequences, one that emphasizes animal adaptations, and another that emphasizes water quality. These sequences introduce important concepts and reinforce these concepts in a step-wise fashion.

Suggested sequence to teach about animal adaptation and diversity:

Aquatic macroinvertebrates are important for several reasons. First, they are an important part of the food chain. Many other organisms, such as fish, birds, and other invertebrates depend on them as a food source. Also, some macroinvertebrates play a role in breaking down plant matter that falls into and/or grows in the stream. These insects either rip apart and eat plants, or they graze on the algae that grows on the streambed.

Invertebrates are also used as an indicator of water quality. Because some invertebrates are sensitive to pollution, their absence in a stream system may indicate a pollution problem, or that the water is too warm, fast or slow during certain times of the year.

Some macroinvertebrates complete their life cycle in a few weeks; others may live for several years. Usually, just the larvae stage of an insect’s life is spent in the water. These insects include mayflies, stoneflies, caddisflies, craneflies, and some water beetles. Most of them spend

1-2 years in the water as larvae and then only 1-14 days on land as adults. Some insects, such as the water boatmen and backswimmers, spend their whole lives in the water and do not undergo metamorphosis. Most non-insect macroinvertebrates, such as amphipods (scuds), gastropods (snails), and bivalves (clams and mussels) spend their entire life in the water.

Different macroinvertebrates have developed several different adaptations for breathing. Invertebrates such as mayflies, stoneflies, and caddisflies have gills for obtaining dissolved oxygen directly from the water. Mosquito larva and some fly larva have slender breathing tubes that can extend past the water surface to obtain oxygen from the air. Other insects, like the waterboatmen, swim to the surface and trap an air bubble on the underside of their abdomen and obtain oxygen from this bubble. They must live in still or slow moving water in order to easily resurface for more air.

It is important to have different feeding habits so that one river system can support a wide variety of organisms. If all invertebrates were scrapers, a river could not support a large community. Also, some feeding groups benefit from the action of other feeding groups. As stoneflies shred large leaves, some leaf particles float downstream and may be caught in a caddisfly’s net. Invertebrates help break down and process plant and animal matter that fall into or grow in a stream. If there were no scrapers to eat algae, the streambed would become covered with algae and other water plants.

Macroinvertebrate populations can change naturally with the seasons. Human influences that can cause changes include any type of development or land use in the watershed that impacts water quality. These activities can be logging, construction, agriculture, recreation, housing developments, or road building. It is important to remember that these activities are not always bad, however, when they are poorly managed they can have a negativeimpact the water quality.

Streams, rivers, and ponds are made up of different microhabitats. In a stream, these microhabitats include the substrate, the sediments below the substrate, the river channel, the top of large rocks in the river, the edge waters, and the emergent vegetation near the edge. Ponds have similar microhabitats. Different macroinvertebrates make their home in different microhabitats and have specific adaptations to live successfully in these microhabitats. Their specific habitats must have food available and offer places of refuge from predators. Mayflies are scrapers/grazers; they scrape algae off the top of rocks for their food source. They spend their time clinging to the tops of rocks to find food and crawling between rocks on the substrate for refuge. Caddisflies are filter feeders; they builts nets or use long hairs on their legs to filter food from the current. They also spend their time on top of and between rocks where they have access to flowing water. Dragonflies are predators and typically lie in wait to ambush their prey. They cling to the emergent vegetation and wait for smaller insects.

This one shows the delicate gills which are how the inverts breath.  This reminds students that these creatures need to be handled gently since their “lungs” are on the outside of their bodies.  The stonefly in this video is doing “squats” as that is how it pumps water past its gills to get more oxygen!

This video tells the fascinating life story of the caddis fly (the one that builds houses).  This explains that these insects have a life stage where they are flies or beetles, but that most of their lives are spent in the water.  They turn into flying insects, breed and die in a very short time period.

This caddis fly made a house of gold!  (in French language but has subtitles)  This shows that caddis fly will use whatever material is available to them in their habitat. 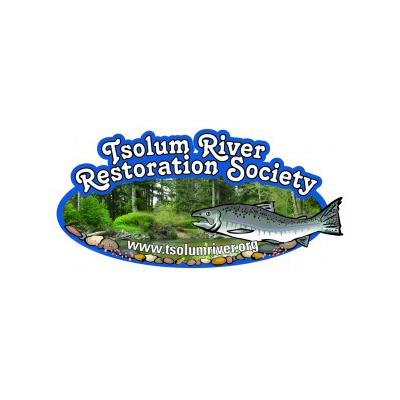