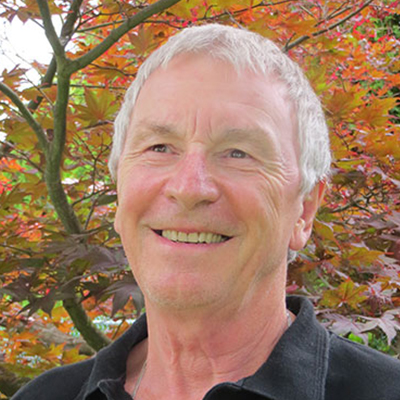 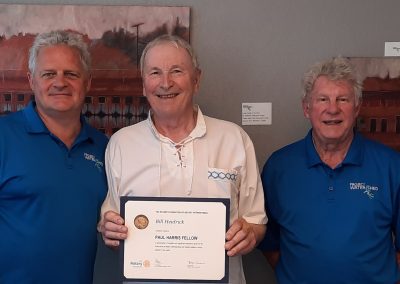 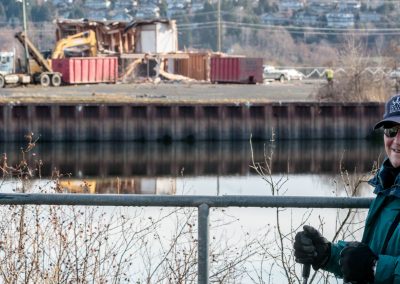 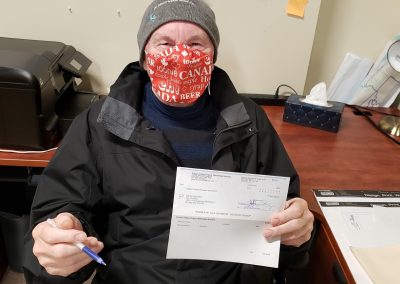 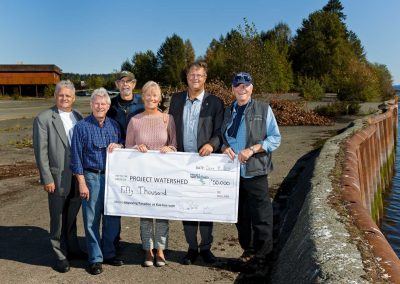 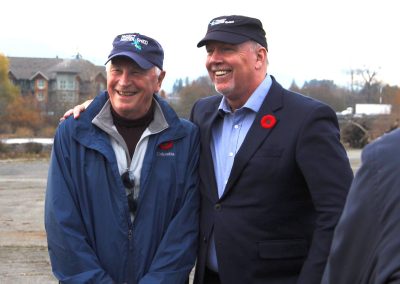 Bill and John Horgan at Kus-kus-sum 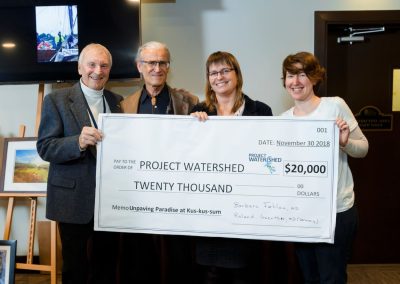 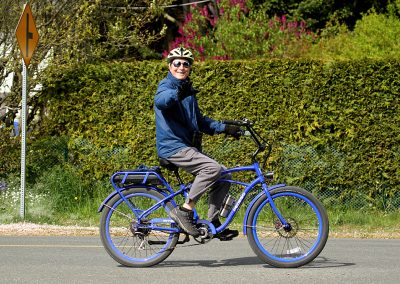 Bill on his e-bike 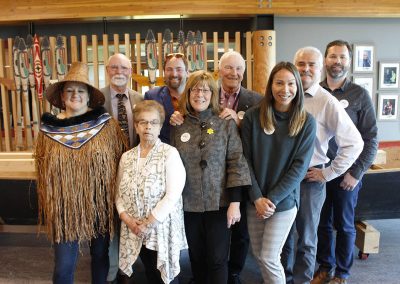 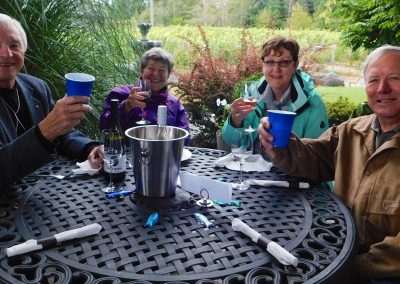 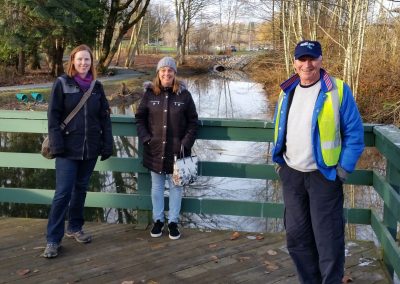 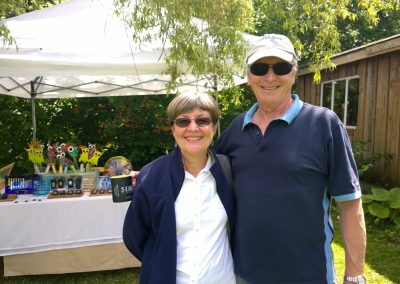 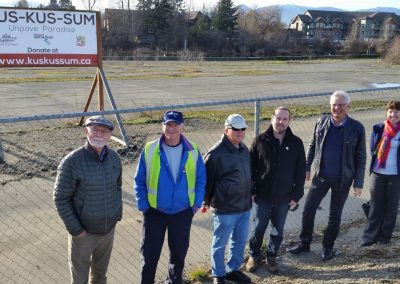 Kus-kus-sum Signage with Project Watershed and City of Courtenay 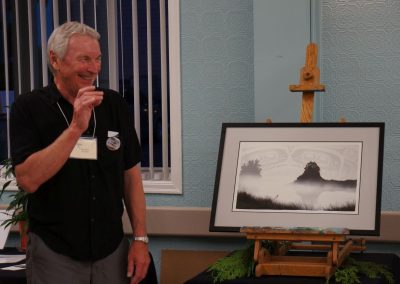 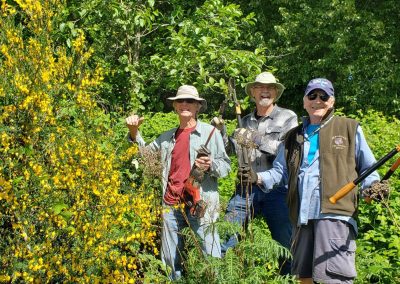 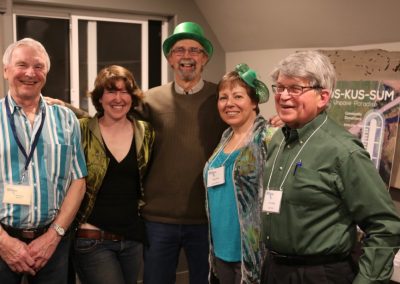 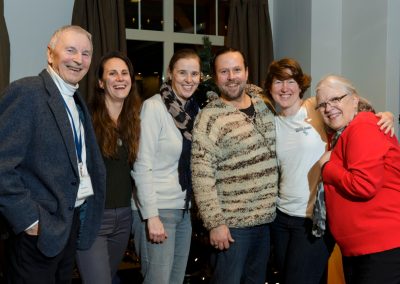 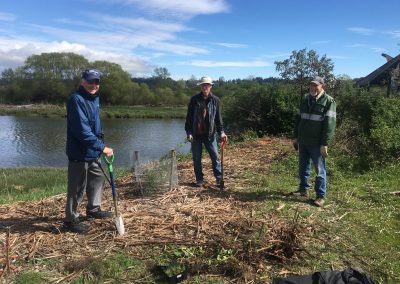 Bill planting at the Airpark 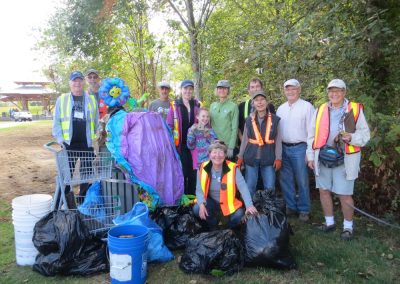 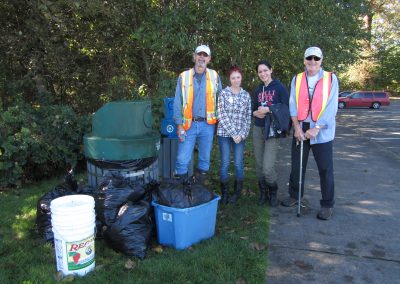 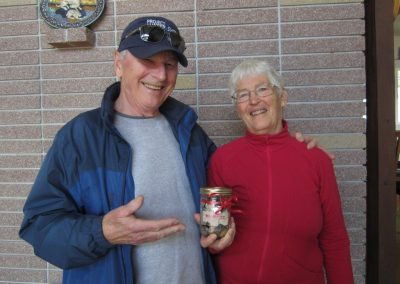 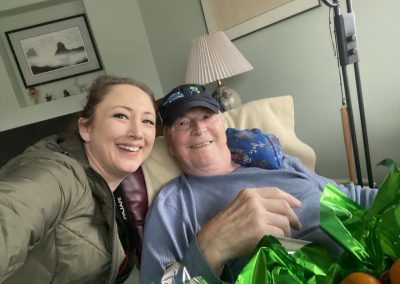 “If there is magic on this planet, it is contained in water.”  – Loren Eiseley

Project Watershed mourns the loss of Bill Heidrick, who passed away on February 1, 2022. His obituary can be read on the Comox Valley Record’s website.

Bill was on the Project Watershed Board for 11 years. He was a main force behind all the successes Project Watershed has accomplished since 2011 when he joined the board. He was Project Watershed’s representative on the Comox Valley Conservation Partnership and worked with governments and other local non-profits to address policies and practices concerning the local environment. He was on the Estuary Working Group since he began with Project Watershed, helping discuss, inform and coordinate projects in and around the K’ómoks Estuary.

One of the most notable projects that Bill was involved with is the Kus-kus-sum project. He was an integral member of the land acquisition negotiating team working with governments at all levels and Interfor Corporation to acquire the site. In addition, Bill and his wife Kathie contributed time and funds to the acquisition and restoration process.

Bill was passionate about the work that Project Watershed did and gave not only huge amounts of time, but also humour, kindness and down-to-earth sensibility to our organization. He will be sorely missed by us all.

Project Watershed would like to thank everyone who has donated to our organization in Bill’s name. We would also like to thank Kathie Woodley for requesting this be done in memory of Bill. By our last count, 23 people contributed in his name. This speaks to how valued Bill was to our community and how many people were touched by this remarkable person. We appreciate your support of Bill and the health of the Comox Valley.

I worked with Bill from when he joined Project Watershed years ago and appreciated his insight, indominable spirit and thoughtfulness. He always had a smile, pat on the back or heartfelt handshake for everyone. One the things he often said to me was “that’s life in a blender” which really fit as I was raising two children, working for a growing non-profit and trying to have a life. Our community was lucky to have him (and Kathie). He meant a lot to me and I miss him ~ Caila Holbrook

love this man. we need more people like Bill and his upbeat, generous nature. he will be missed ~  Laura O’Brien

My heart breaks reading this, my love to Kathie and everyone at PW

I feel so blessed to have had the opportunity to have worked alongside Bill. He was an incredible mentor and friend who always provided pithy advice, and a real example of what environmental stewardship in action looks like.  Bill, I’ll miss you in countless ways my friend.  ~ Jennifer Sutherst

Bill and I started as directors of Project Watershed at the same time in 2011, and became part of the working directors as well as good friends. We had an amazing team that took Project Watershed to a new level with restoration projects and community outreach. Bill was a key director, that was involved with every committee and was interested in every aspect of the Project Watershed work during his 11 years.

Bill and I carried on our friendship outside Project Watershed as well, and we participated in many spring, winter and shoreline bird counts. Our passion for bird watching continued through the years, and Bill and Kathie and Lena and I did trips to Puerto Vallarta…. birds and beaches. Great memories amigo!

I will miss his wonderful smile, his genuine true friendship, his sense of humor and his personality that we all loved. Bill’s dedication to environmental issues were obvious, besides his committee work, he was regularly part of the shoreline cleanup, he helped with planting trees and even purchased a hybrid vehicle as well as an E-bike.In the last 4-5 years, Bill became part of the KKS negotiating team that dealt with the complicated process acquiring the old sawmill property. His ability to work with all people on all levels of government paid big dividends for Project Watershed. Over the past year as his health deteriorated, he would watch the KKS restoration progress from his balcony or the riverside trail, and phone me to ask what’s going on today? I would call him or drop over for a visit to share the days events. The KKS project kept his spirits up during those tough months and the project success meant a lot to him. It was that spirit, and happy smile that I will remember.

My dear friend, you will be greatly missed……..your buddy ~ Dan Bowen

Thank you Bill for your dedication to Project Watershed ~ Virginia East

I lost a true friend, colleague and partner on February 1st with the passing of Bill Heidrick. Bill was a stalwart colleague, one who I could call on at any time and who shared in many of the initiatives we worked on in our efforts to restore natural habitat in valley watersheds. I first met Bill when he joined the Board of Project Watershed in 2011, joining the Estuary Working Group as soon as he became oriented to the activities of the organization. Bill brought to the Board his experience from working in the forest industry during his years in Zeballos, an important asset when Project Watershed took the initiative to approach Interfor (International Forest Products) with a proposal to purchase the old Field Sawmill site now going through its restoration. He was a member of the small group that first met with the Vice President and Chief Forester of Interfor in the hope that we could persuade the company to sell the land to Project Watershed. The company liked our environmental plan for the restoration of the site and entered into a three year agreement that allowed Project Watershed time to raise the necessary funds for the project. Bill was the only one in the Project Watershed team who knew the Vice President from his days in Zeballos. Bill had also co-written a significant article published in the Record spelling out why the old sawmill site should no longer be considered an acceptable site for further industrial development, the idea upon which the Kus Kus Sum project was based.

Bill knew his way around the Regional District office having served as a Regional Director for the Strathcona Regional District while living in Zeballos. He served as Vice Chair at Project Watershed and was a member of the Joint Co-ordinating Team that brought Project Watershed, K’omoks First Nation and the City of Courtenay together to spearhead the restoration of Kus Kus Sum, one of the major environmental projects in the Comox Valley. Bill also played a key role in liaising with Ronna Rae Leonard, our local MLA, in securing financial support from the Provincial Government that enabled Project Watershed to purchase the old sawmill site.

Bill was a friend. He was reading and responding to e-mails related to Project Watershed right up until his last days. He didn’t do it all on his own. I had the sense that he and Kathie had a deep partnership and shared a commitment to social justice and environmental stewardship. ~  Don Castleden

WE LOVE YOU BILL! ~ Caitlin Pierzchalski

Jennifer Sutherst, who had been a key leader at Project Watershed since 2011, recently moved into a new position with Fisheries and Oceans Canada.

The Tin Town Christmas Open House and Sale is a one-of-a-kind community event for the whole family. We are looking for a few volunteers to help us sell merchandise, signup members/volunteers and accept donations.

Giving Tuesday is on November 29th – Join the global generosity movement and celebrate all acts of giving!

Once again we will enliven the K’ómoks Estuary with the merry sounds of Christmas Carols.