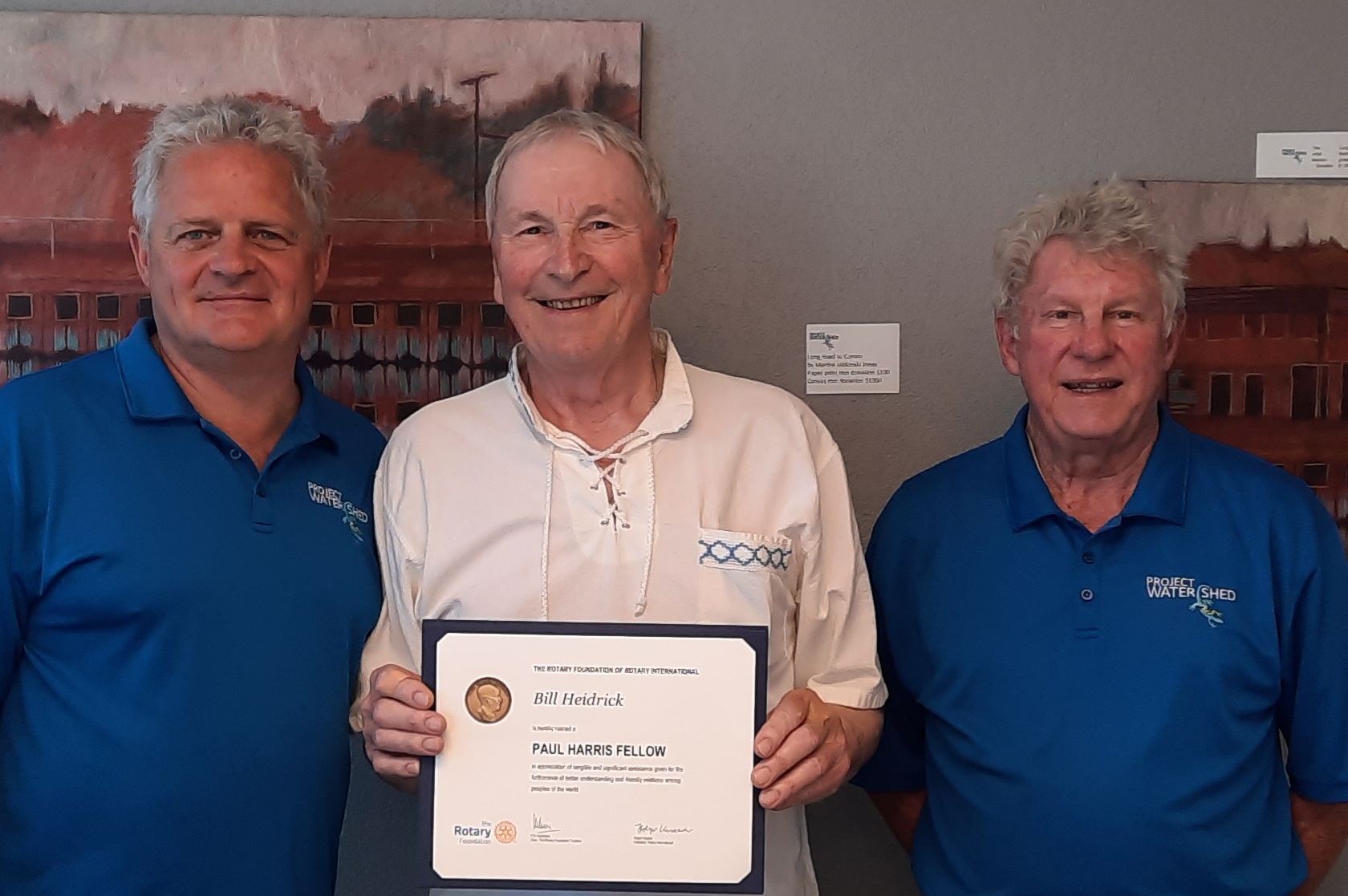 Brian Storey, Project Watershed Treasurer and Rotarian and Lyle Carlstorm, Lawyer and Rotarian, nominated Bill for this award. “The more I found out about Bill the more I was convinced he deserved this award and I was proud to be part of the process that elected him” said Brian Storey.

Paul Harris founded Rotary in 1905. Throughout this life, Harris exemplified the Rotary motto “service above self”. Continuing his legacy, the Paul Harris Award is the highest award given in Rotary. It is given to a Rotarian or a member of the community that has made an outstanding contribution to the community.

Bill was chosen for his lifelong dedication to community betterment. In Zeballos, he served for 8 years in local government and was involved in the formation of a Community Forest License in Nootka Sound. He sat on the Nootka Resource Board for several years as a municipal representative and was active in the formation of the Zeballos Fish and Wildlife Association.

One of the most notable projects that Bill has been involved with is the Kus-kus-sum project. He was an integral member of the land acquisition negotiating team working with governments at all levels and Interfor Corporation to acquire the site. In addition, Bill and his wife Kathie contributed time and funds to the acquisition process and they continue to do so for the restoration of the site.

Bill is an asset to our community and we are proud to have him as a member of our team at Project Watershed.

Keep up the good work Bill!

Find out more about our Board of Directors

Spring has been a very busy season; Project Watershed is excited to showcase all the events we orgainsed and participated in! 66 amazing volunteers came out to lend a hand. Thank you to everyone for your time and energy, we could not have done so much without you!

Here is a summary of our AGM on June 12th including the 50/50 Raffle winner, Volunteer Appreciation Draw, and Zoom recording.

Thank you to all our members, board, staff, and community supporters for making 2021-2022 Project Watershed’s biggest year yet! We managed and coordinated 5 different restoration projects, our Keeping It Living Dinner, brought in $1.8 million dollars in grants, and started restoration on our largest project to date, Kus-kus-sum.

We are starting Year II restoration works at the Kus-kus-sum site the last week of June! To learn more about this process, please join us for our virtual public community forum on June 16th at 6:30pm.