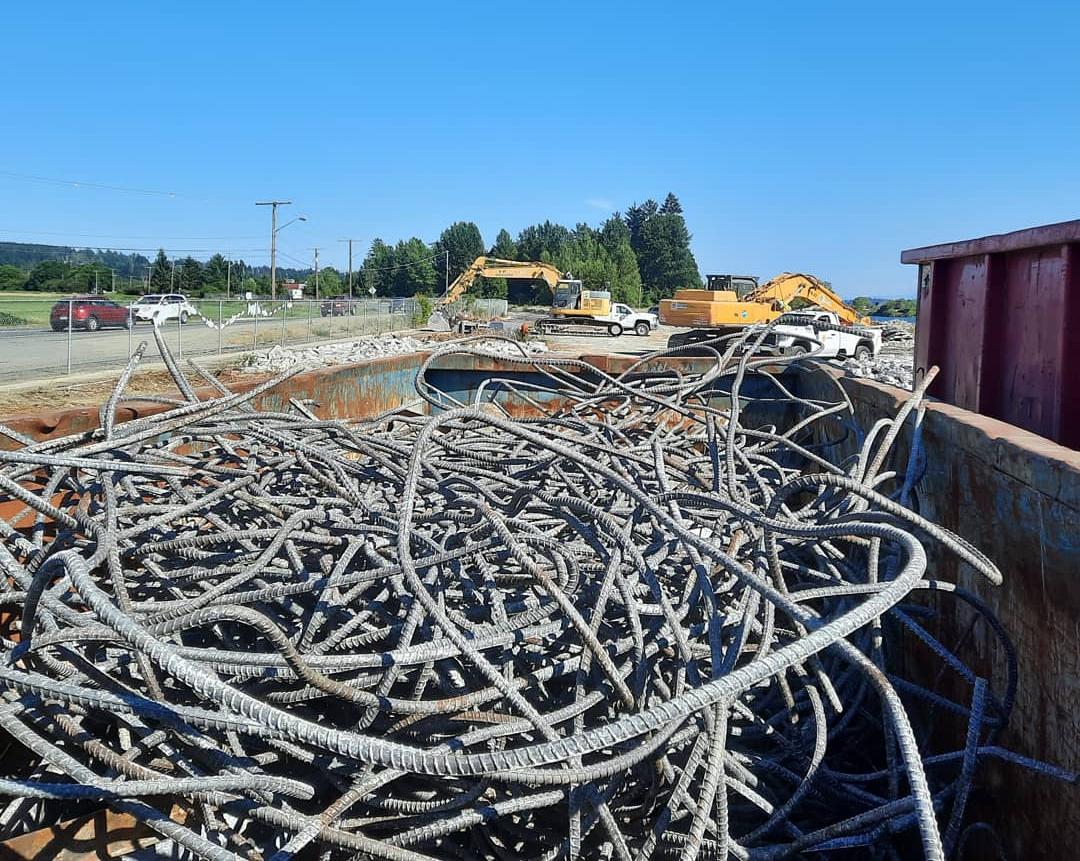 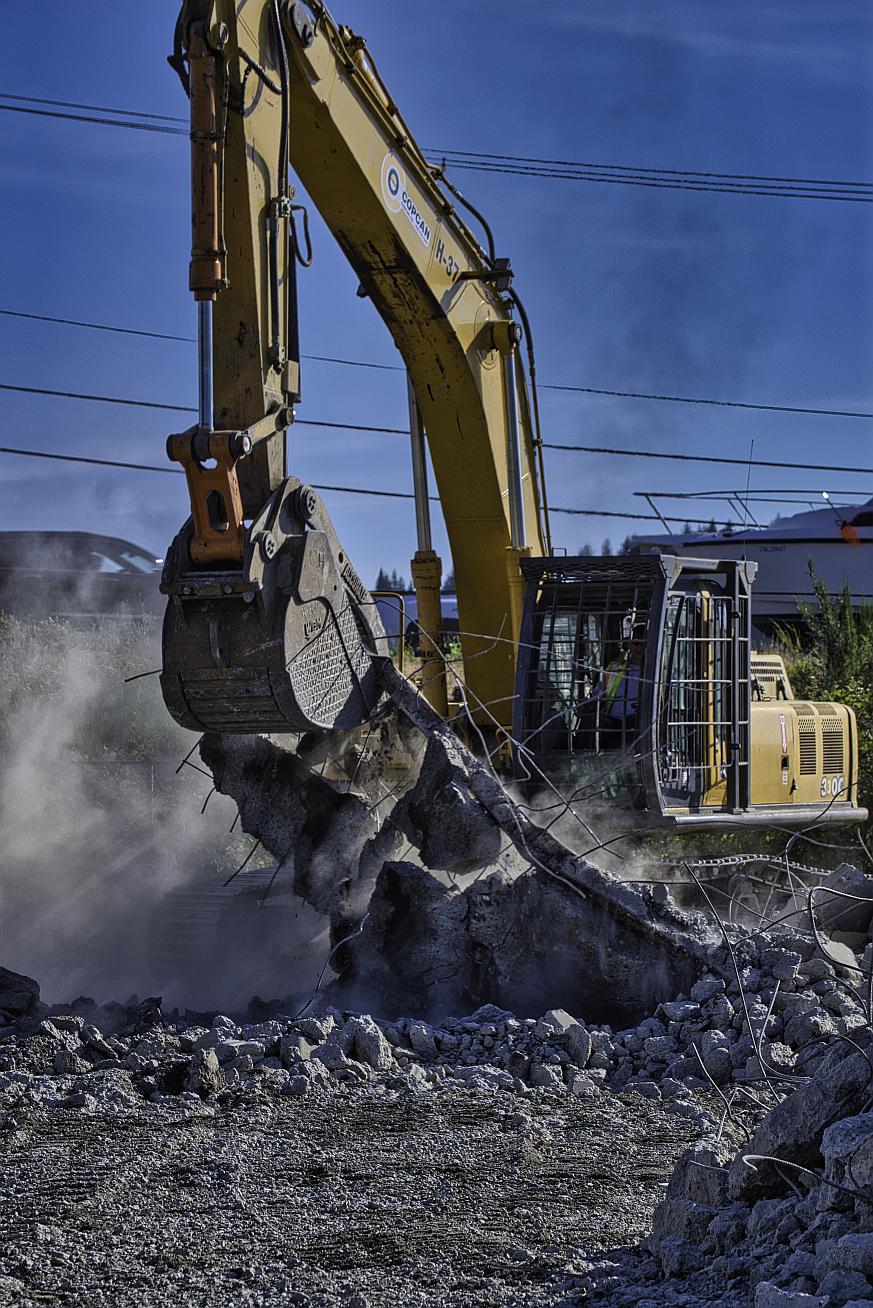 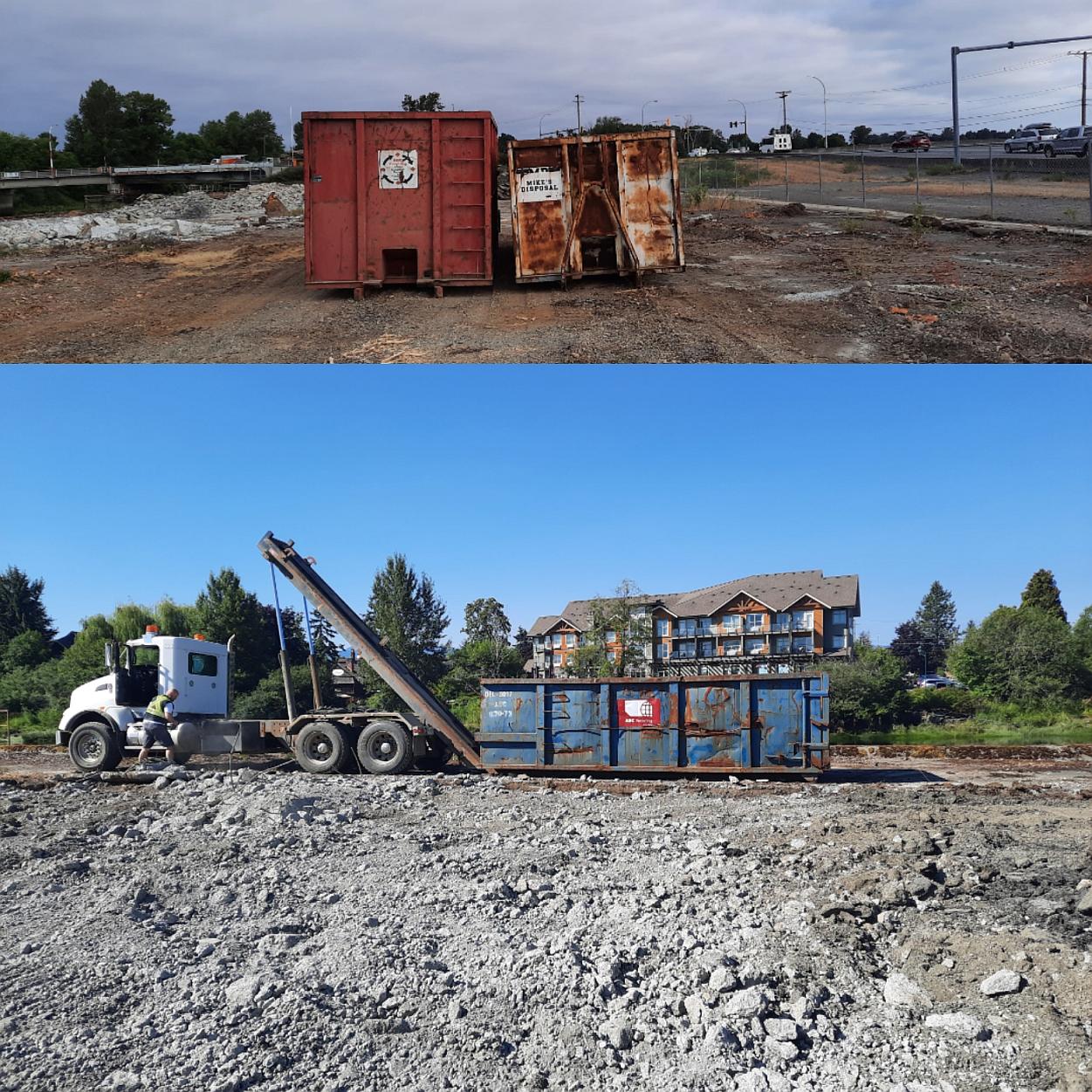 1st, 2nd and 3rd set of bins dropped off at Kus-kus-sum ~ C Holbrook

Unpaving paradise at Kus-kus-sum is underway! Over the summer the concrete and asphalt on the site was removed. As there is a lot of rebar, and other metal embedded in the concrete, it is being removed and recycled as well.

Rebar is used to reinforce concrete and in the areas where heavy sawmill machinery was placed, the rebar strips are denser and sometimes thicker. In some places, metal beams were used for extra support. Copcan Civil Ltd., the contractors removing the concrete, must separate the metal from the concrete so that it, and the concrete, can both be recycled.

Once the metal is separated it gets put into bins that are placed on the site by ABC recycling. Once the bins are full, ABC comes with new, empty bins and hauls the full bins away. This process will be repeated throughout the summer until all the metal is removed from the site and trucked away for recycling. Funds from recycling the metal will help offset the costs of the restoration.

Occasionally, before the rebar goes into a bin, it is pulled out and left on the concrete in intriguing shapes and configurations. More than one person has remarked on the aesthetics of these ephemeral rebar sculptures, one of which is pictured on this page.

In the spirit of summer fun, Project Watershed is held a contest to see who can guess the number of full bins of metal that will come of the site. It turns out there were 31 bins. We had two people come very close to that number with Sonya Jenssen guessing 30 and Dianna Robinson guessing 32.  They both won a $25 gift certificate from the Peninsula Co-op.

In addition to the 31 bins of metal, 99 loads of asphalt and 750 loads of crush were trucked off the site to be repurposed! Please note this is only the material from the surface of the site. Copcan will be digging up the subsurface concrete footings, slabs and walls this fall, producing more crush and metal to be recycled in the near future.

Thank you so much for your support and interest in Kus-kus-sum, if you have any questions feel free to contact us at projectwatershed@gmail.com.

Donate to the Restoration 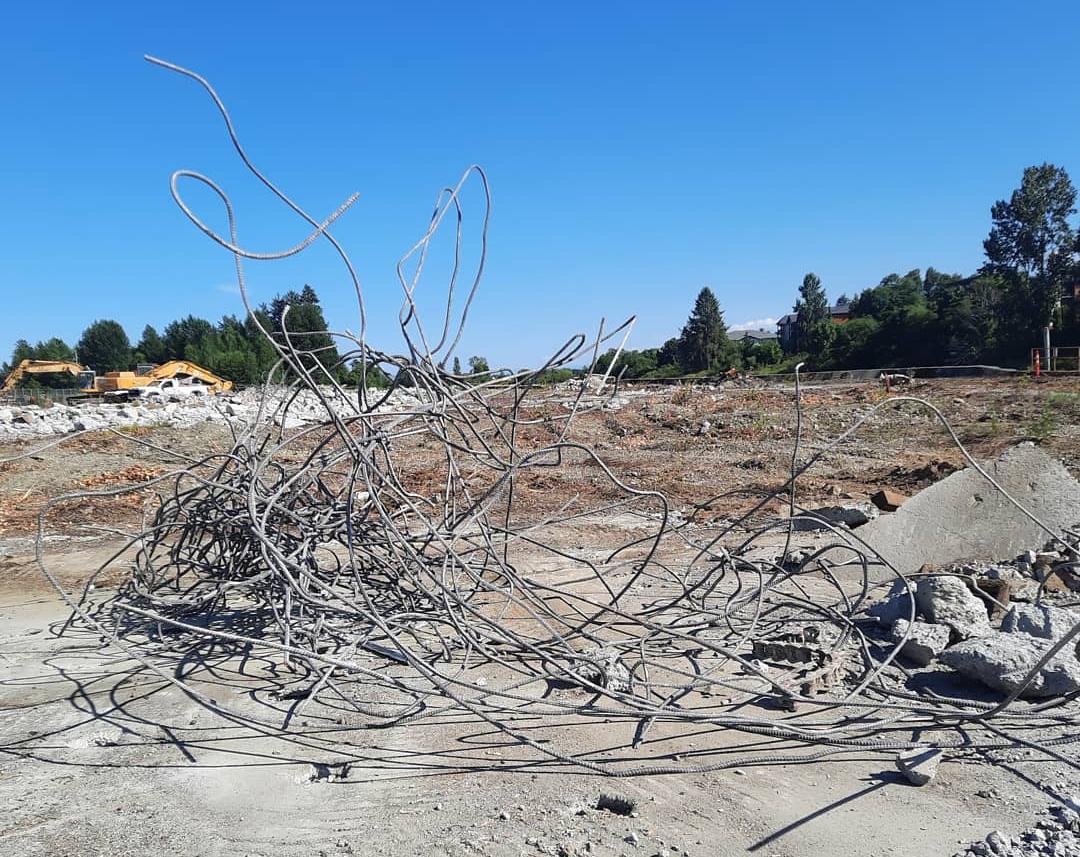 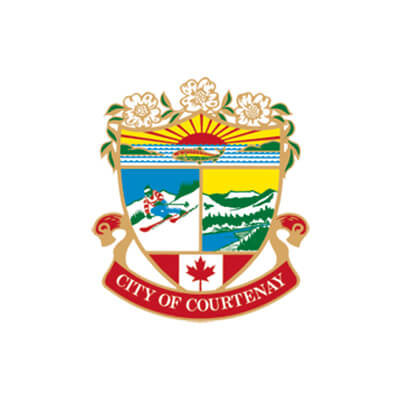 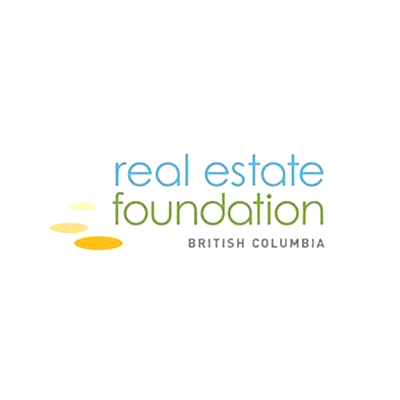 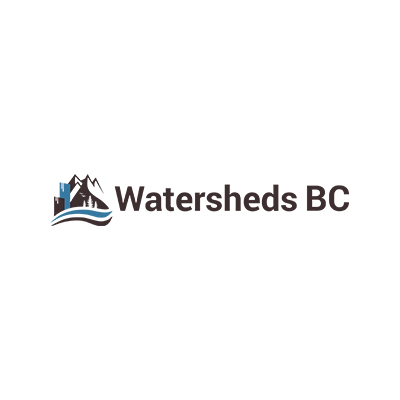 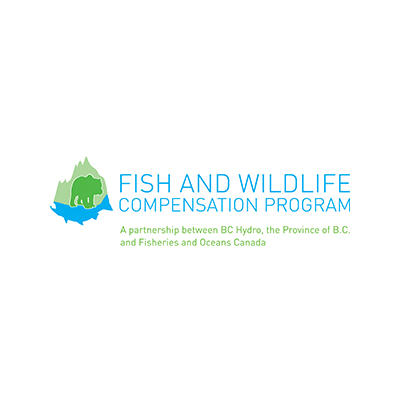 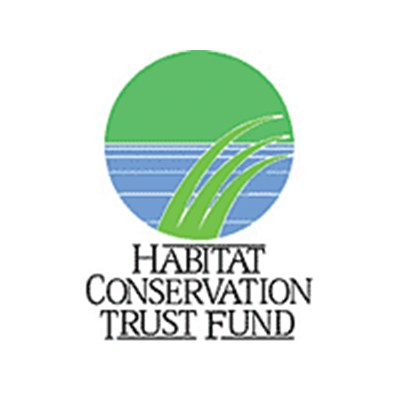 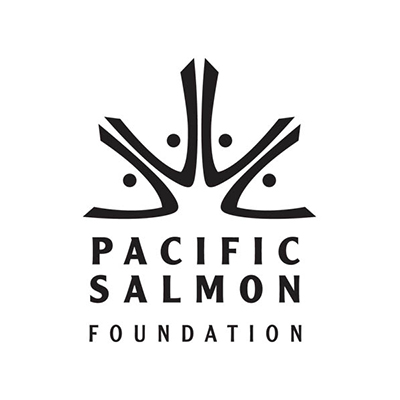