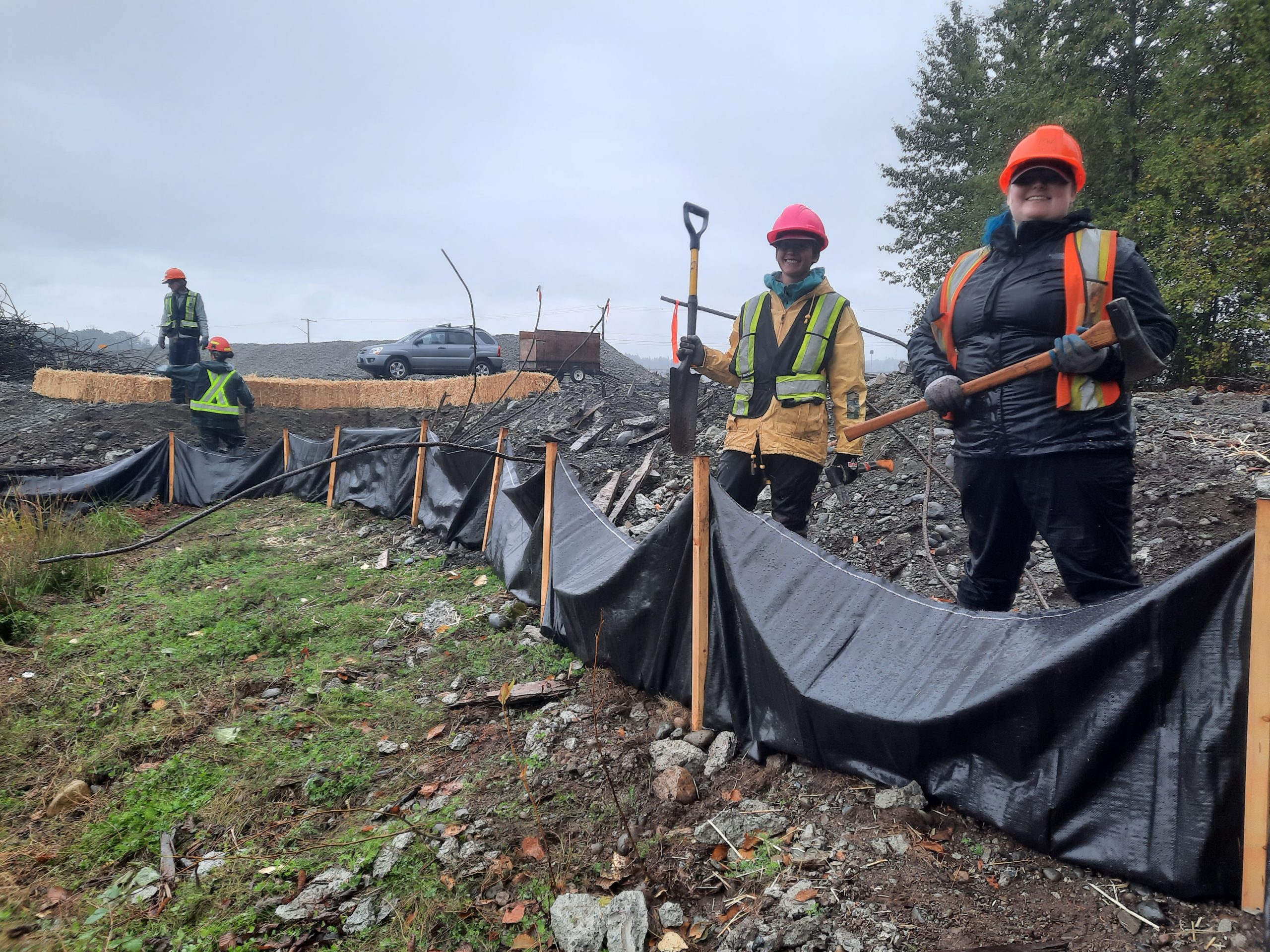 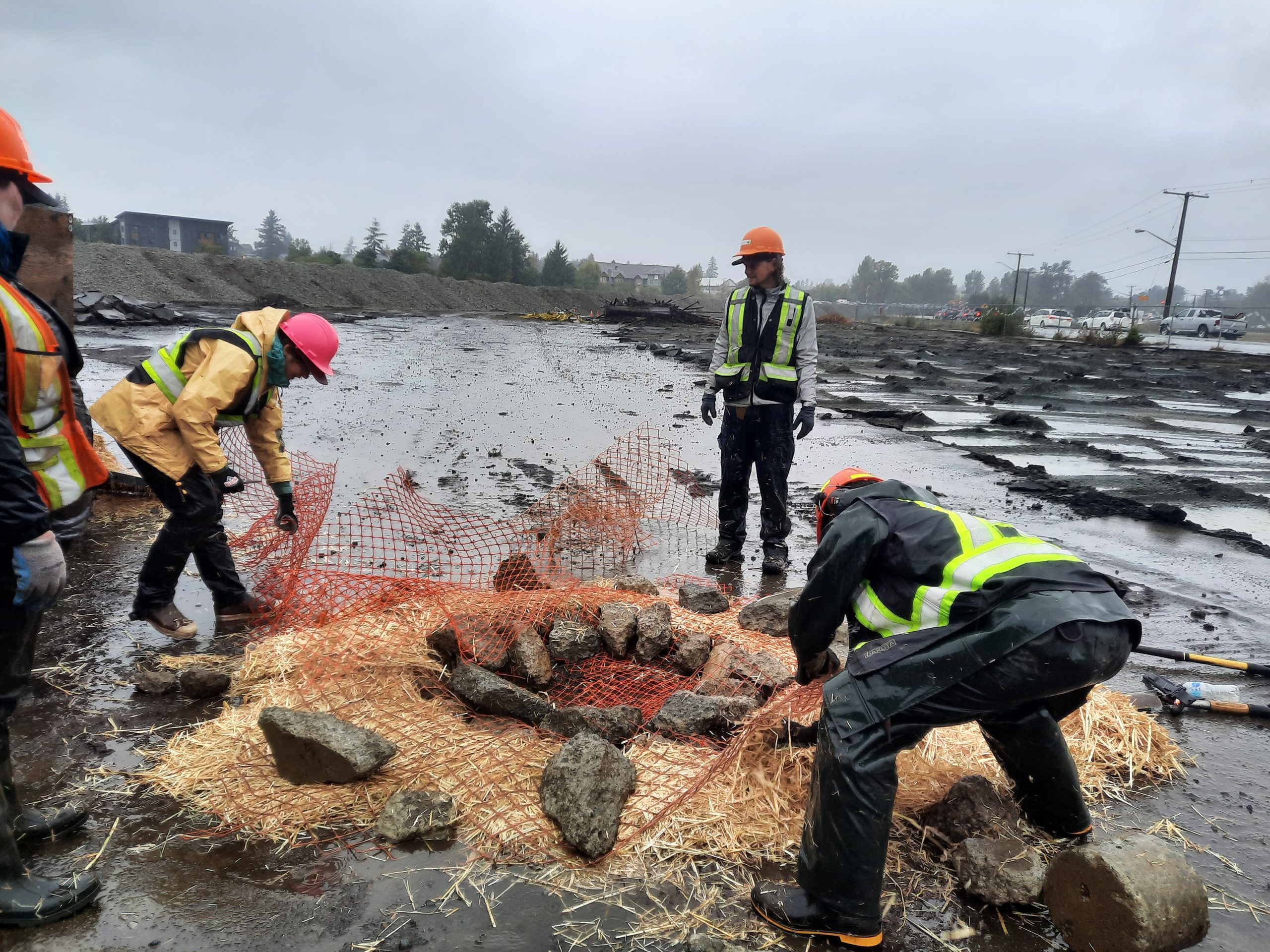 Happy Technician Tuesday! The team has been busy assisting at the Kus-kus-sum site these past few weeks. Caila Holbrook, Project Watershed's Manager of Fundraising and Outreach, has been organizing our efforts.

As the concrete is removed, crushed, and piled by machines the wood and metal material is sorted out. Some smaller pieces are missed and get mixed in with the crush. Our technician team has been sorting out these smaller pieces and compiling them for recycling. We are trying to maximize reusing and recycling the material from the site. There is also other debris that we are continually picking up to ensure it doesn’t go into the river.

The rain came in full force as we moved into September. Due to the large potential for runoff at Kus-kus-sum, our technician team helped install some sediment fencing. The far left corner of the site has a significant slope that can enter the river. Our team fenced this area and added a hay bale barrier to minimize wash out of sediment. This will protect the river from high turbidity and particle loads in the interim. Project Watershed, along with environmental consultants, are creating a long term erosion control plan to protect the river over the rainy, stormy winter months.

One area of the Kus-kus-sum site had some fencing damage. The damage resulted in a large hole where people could access the site. The technician team helped instal some temporary fencing until a more permanent one can be put in.

The technician team had helped with the removal of vegetation on the site at the beginning of the summer. Being able to see the drastic change between the original site and what it looks like now with the cement removed, was really interesting.