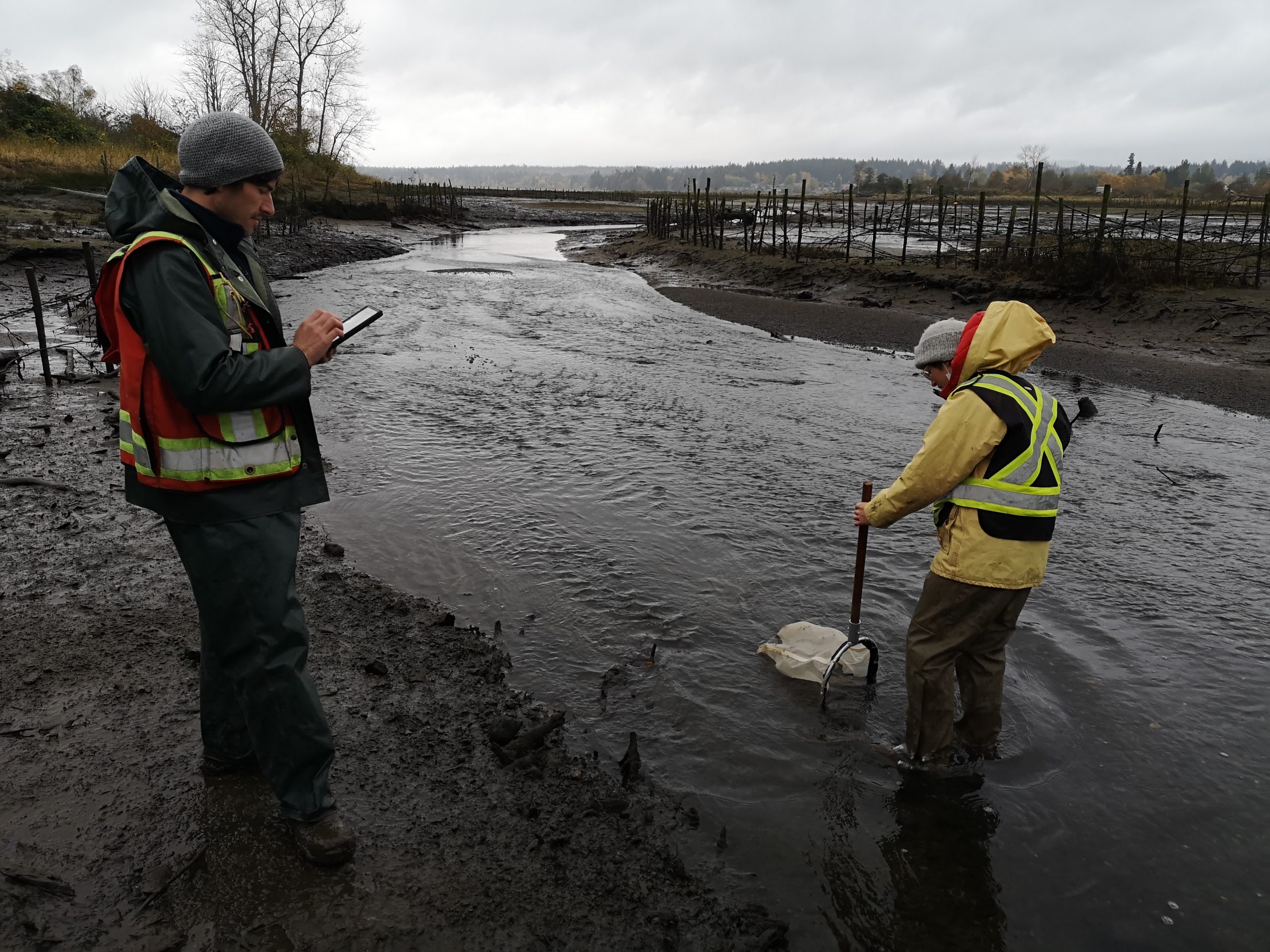 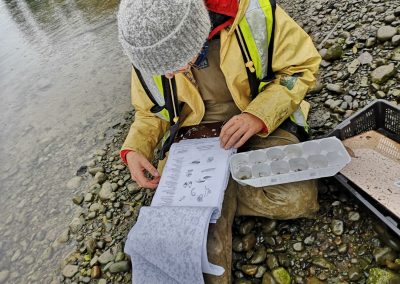 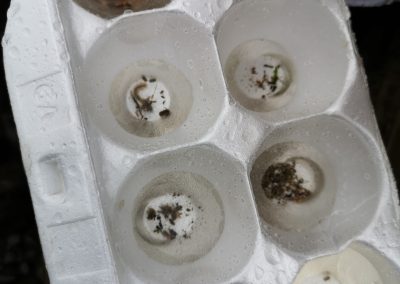 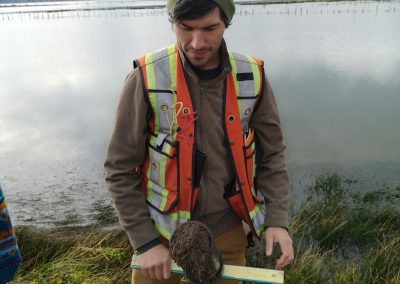 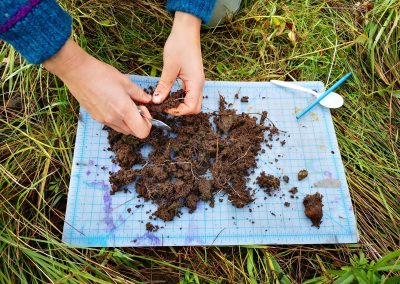 Happy Technician Tuesday! Our team has been busy testing methods for future monitoring protocols at Kus-kus-sum. As a starting point, we focused on invertebrates and sediments. The goal is to create a system of data collection to measure ecosystem health.

Benthic invertebrate sampling was tested by the team at Hollyhock flats. A net was placed in line with a channel’s flow, then someone held it in place and shuffled their feet slightly in front of it for two minutes. This dislodged invertebrates from the substrate so that the water flow would carry them into the net. The net was then emptied into a fine mesh sieve and rinsed with ocean water to remove silt. A small white container was filled with water and the sieve contents emptied into it. Invertebrates like crabs, worms, isopods, and amphipods were then identified. Invertebrate sampling will be used at Kus-kus-sum as a component of restoration success assessment as they are straightforward to sample and a well documented indicator of ecosystem health.

Sediment sampling was also tested. A PVC pipe was used to take a small sediment core. Its contents were then emptied into a white tray with a grid on it and flattened into a thin layer. Our team looked at the sediment sample to understand its ratio of cobble, pebble, gravel, sand, and mud. Once this monitoring method is implemented, it will be used at reference sites like Hollyhock to model sediment at Kus-kus-sum. Once Kus-kus-sum is restored, this monitoring method will be used there to plant the right species in each sediment condition.

In the future, volunteers will be collecting this data at Kus-kus-sum. Want to get involved? Join our volunteer list for opportunities and updates!

Spring has been a very busy season; Project Watershed is excited to showcase all the events we had this spring! 66 amazing volunteers came out to lend a hand. Thank you to everyone for your time and energy, we could not have done so much without you!

Here is a summary of our AGM on June 12th including the 50/50 Raffle winner, Volunteer Appreciation Draw, and Zoom recording.

Thank you to all our members, board, staff, and community supporters for making 2021-2022 Project Watershed’s biggest year yet! We managed and coordinated 5 different restoration projects, our Keeping It Living Dinner, brought in $1.8 million dollars in grants, and started restoration on our largest project to date, Kus-kus-sum.

We are starting Year II restoration works at the Kus-kus-sum site the last week of June! To learn more about this process, please join us for our virtual public community forum on June 16th at 6:30pm.

Painting Event Raises over $26,000 for Kus-kus-sum

The 2022 Paintings, By The Numbers event, sponsored by Odlum Brown Limited, was a fun afternoon with lovely people and great art.