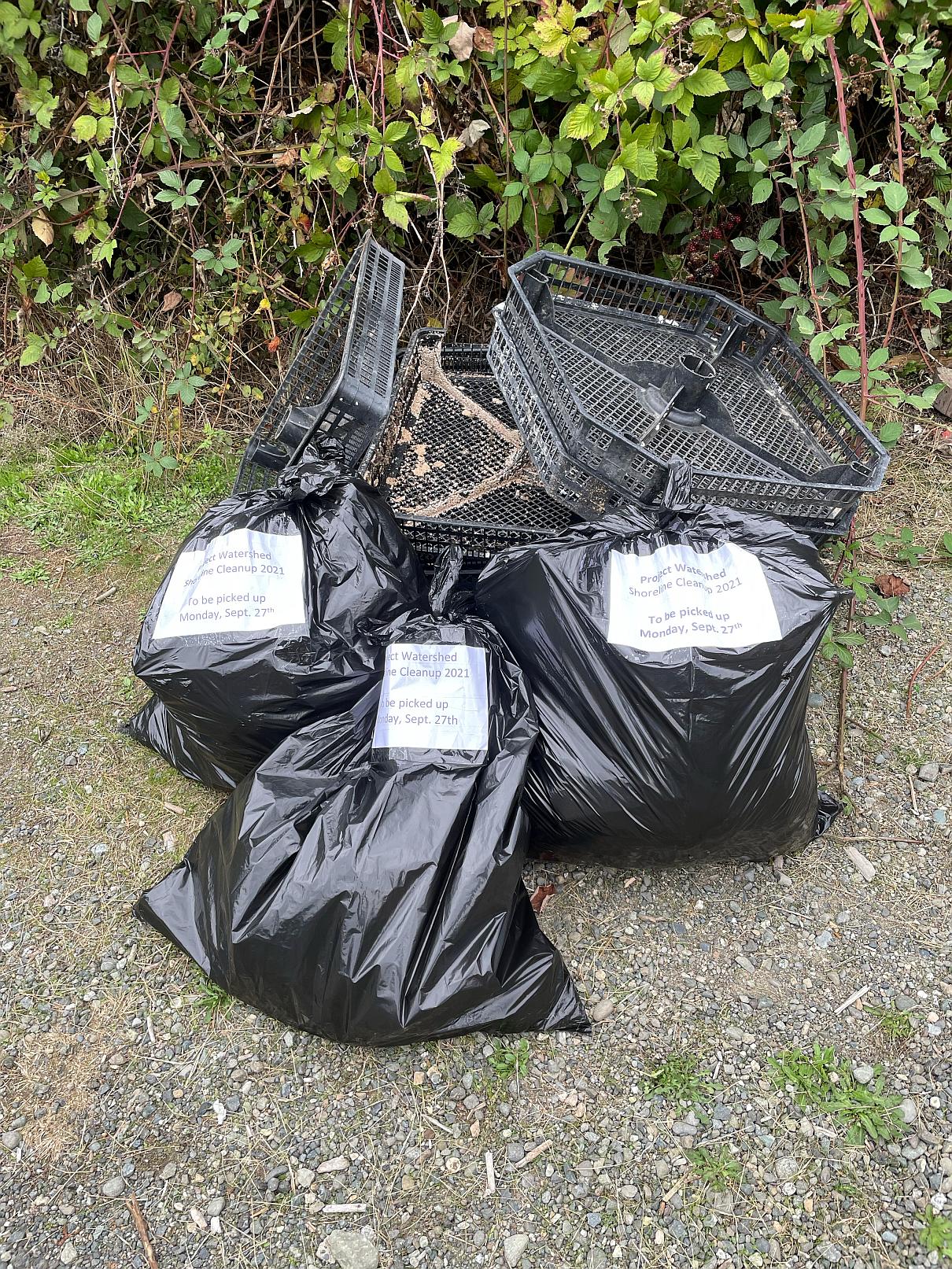 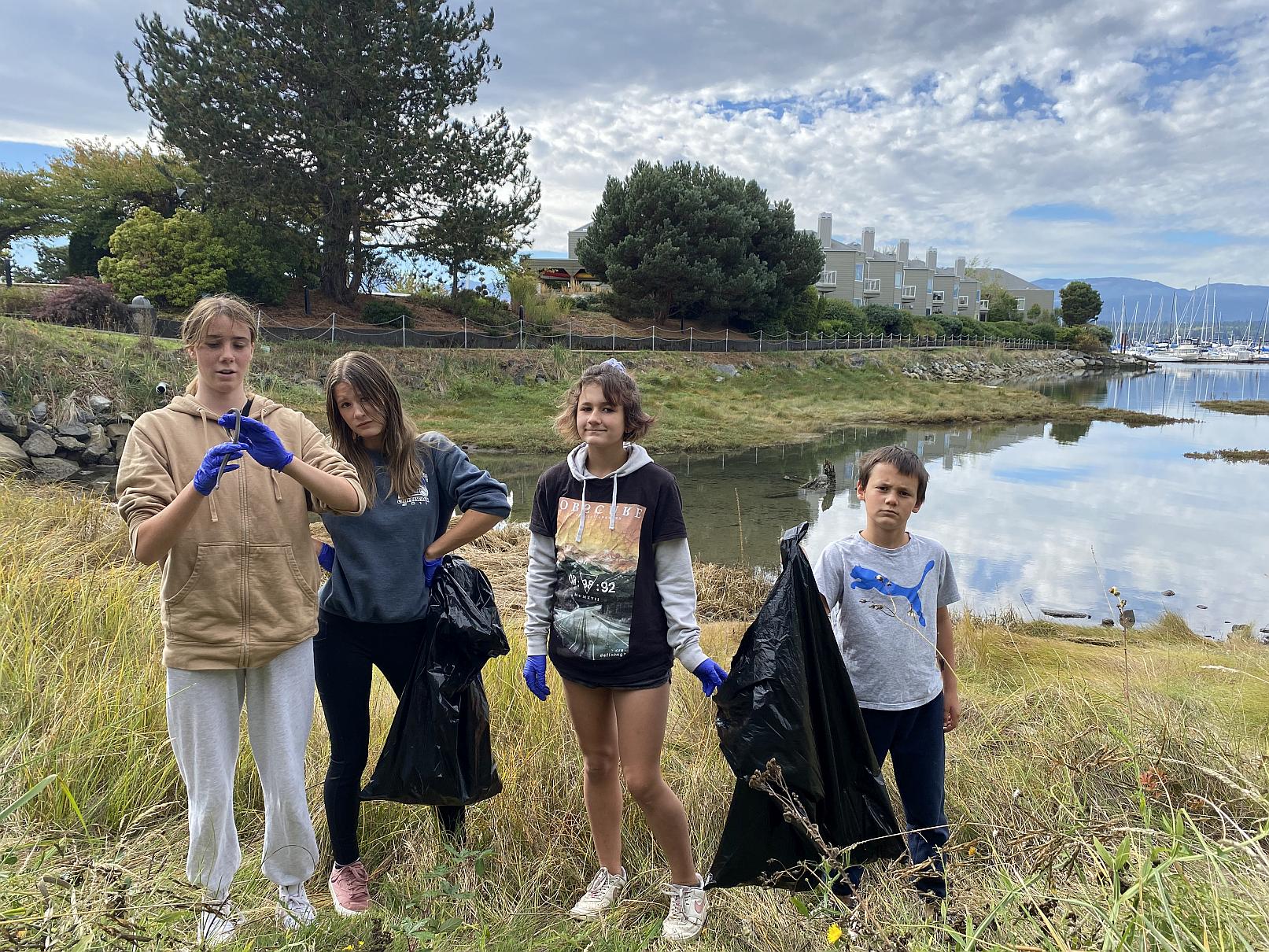 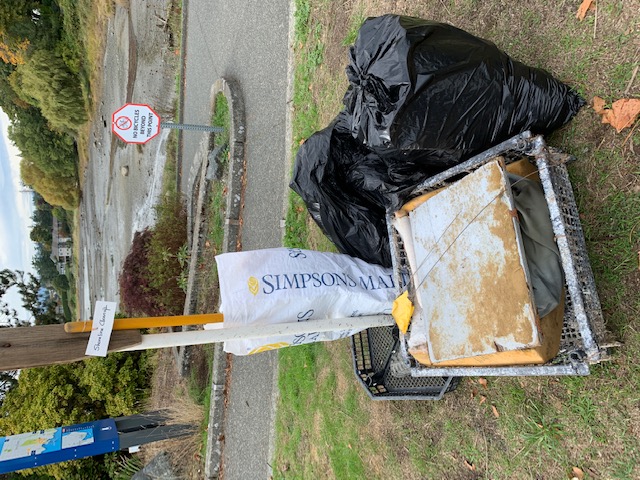 The shoreline from Little River to Deep Bay is 36 tonnes cleaner thanks to the efforts of this fall's shoreline cleanup.

Thanks to Association for Denman Island Marine Stewards (ADMIS) for doing the overarching organisation of this Great Canadian Shoreline Cleanup event and the Ocean Legacy Foundation for funding it. Garbage was removed from beaches stretching from Little River to Deep Bay (including those along Denman and Hornby Islands) as part of the Central Salish Sea component of this initiative. Project Watershed focused on beaches from Little River to Royston and ADMIS covered Royston to Deep Bay.

Over 42 volunteers participated in Project Watershed’s cleanup. In small, self contained groups these volunteers collected approximately 415 kg of garbage from the 26 km of beaches they walked. This refuse was mostly comprised of bits of plastic, plastic bags, bits of ropes, plastic containers, cloth, cigarette butts, and cans. A few unusual items were found including a deflated basketball, an office chair, some creosote treated timber, and a big truck tire.

A few volunteers reported that some households in our area are using the edge of the beach to dump their yard waste. Yard waste may seem harmless, however, it can increase the chance of erosion, smother sensitive plants and habitats, and introduce invasive species to new areas. However, other volunteers reported little garbage on their section of beach and said that the people living along the beach were likely maintaining it. Way to go responsible coastal homeowners!

All those who were involved in Project Watershed’s Shoreline Cleanup were put into a draw for Peninsula Coop gift cards. Since we had such a great turnout, we drew two names instead of one. Congratulations tp our winners, Carlee Wright and Merissa Myles. Project Watershed would like to thank everyone who came out and cleaned a section of beach!

Stats From the Cleanup from ADMIS 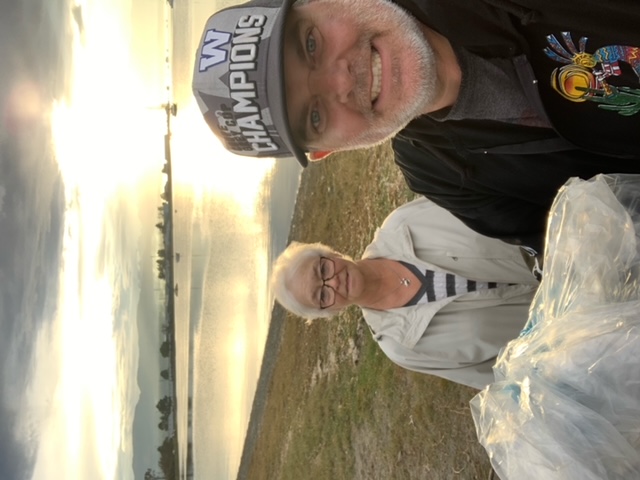