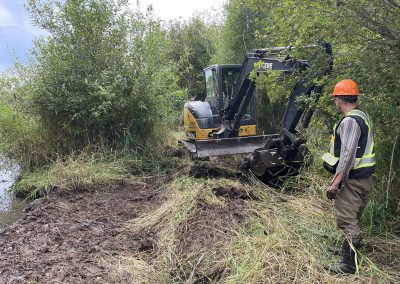 Clearing Reed Canary Grass with the Excavator ~ By R. McDonald 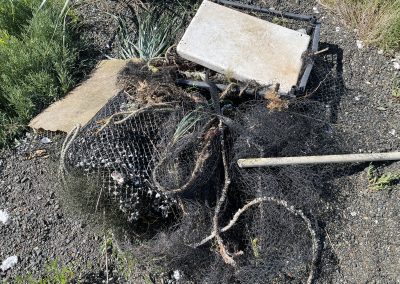 Nets and garbage picked up during the beach cleanup ~ By R. McDonald 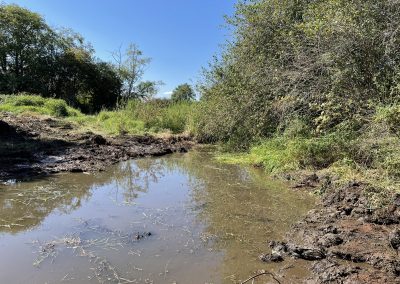 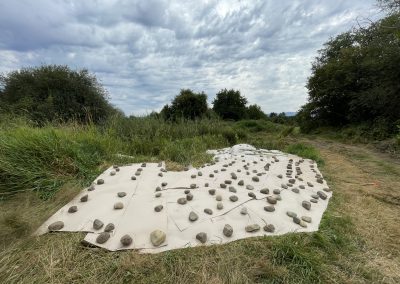 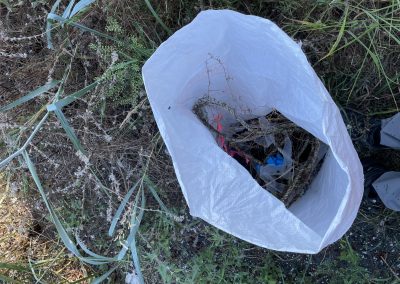 Garbage Picked up During the Beach Cleanup ~ By R. McDonald 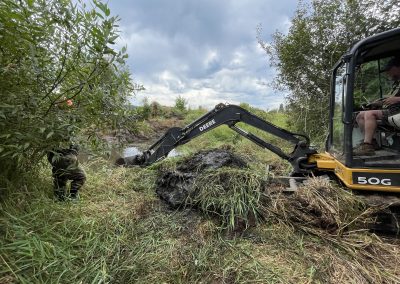 The week started off with a beach cleanup up in Fanny Bay and Deep Bay with Ocean Legacy and the BC Shellfish Growers Association. A few volunteers joined in over two days and everyone collected a lot of trash, including huge nets that were tangled in logs and grass in the upper tidal zone. It seemed endless! They would find one clump of netting and then uncover another and another and another. Seeing all the trash that was removed from the beach was a great reward. Lunch in the shade near the beach was a great way to finish a day of work in the sun.

Returning to Glen Urquhart, Cain and Renée finished their plant maintenance which included a large amount of weeding in the exclusion plots that were planted last year. And surprise, surprise, this included more Reed Canary Grass removal!

Reed Canary Grass was removed at Mallard Creek as well but in this area, an excavator was used. Alongside Jay and Jennifer, Renée completed amphibian salvages while the excavator was removing the floating Reed Canary Grass mats from the creek. This involved riffling through thick mud and stems to find salamanders and lampreys. Everyone got super muddy, but it was a fun scavenger hunt! After the excavator was finished, a large section of the creek was opened up which previously could not be seen from the adjacent field. Removing the invasive grass will eventually help salmon return to the creek.