Near the Waters Edge; A Green Infrastructure Tour

Participants visited areas where green infrastructure was already in place or where it could be implemented in the future. It was an invite only event with invitations to our regional elected officials from the City of Courtenay, Town of Comox, Village of Cumberland, K’omoks First Nations, school district #71 trustees, Member of Legislature and Members of Parliament as well as ‘neighbours of the river’ and other land use decision-makers such as engineers, architects and developers.

The aim of the tours was to encourage politicians, engineers and school trustees to work together with biologists and ecologists to develop an overall green infrastructure vision for the Comox Valley to deal with issues such as flooding and rainwater management.

Green floodplain infrastructure focuses on flood resiliency not flood protection – it is not about preventing the flood (the damming solution) but about allowing it to occur naturally without causing dangerous or expensive damage. Allowing for infiltration and allowing the waters to recede quickly when flooding does occur. What this type of green infrastructure doesn’t do is prevent all flooding from occurring or protect all existing development from being flooded (development built in natural floodplains). Natural flood relief relies on the ecosystem rather than built infrastructure meaning lower costs and maintenance. Grey and green infrastructure can work together to protect build features and a variety of flooding scenarios.

What is a Floodplain?

A floodplain is the lowland area adjacent to a river, lake, creek or ocean. When floods occur water flows onto these nearby low-lying areas. When floodplains are preserved in their natural state, or restored to it, they provide many benefits to both human and natural systems.

What is Green Infrastructure?

Green infrastructure is a term for the natural vegetative systems and green technologies that collectively provide society with a multitude of economic, environmental and social benefits. They are also called natural assets, eco-assets or blue-green infrastructure. Most importantly green infrastructure sustainably manages our rainwater. Green infrastructure includes: urban forests, wetlands, bio-swales, engineered wetlands and storm water ponds, waterways and riparian areas, meadows and agricultural lands, green roofs and green walls, parks, gardens and grassed areas, it can also include technologies like porous pavements, rain barrels and cisterns. In a natural environment, rain is absorbed and filtered by pants and soils. In urban landscapes, this natural water cycle is disrupted and rainwater flows across pavement and rooftops. Traditional development alters natural systems to fit into engineered infrastructure and water is conveyed away as quickly as possible. This water picks up pollutants, speed, and volume as it runs across these impervious surfaces and into the nearest waterbody. This is not ideal for the local environment or its associated species. Green infrastructure brings nature into the City, to capture and clean our rainwater before returning it to the surround oceans and rivers. Green infrastructure requires a new decentralized, site-specific approach, and a reliance on a team with expertise beyond engineering. It will require clear community and political support or a change in provincial policy to move beyond the status quo. 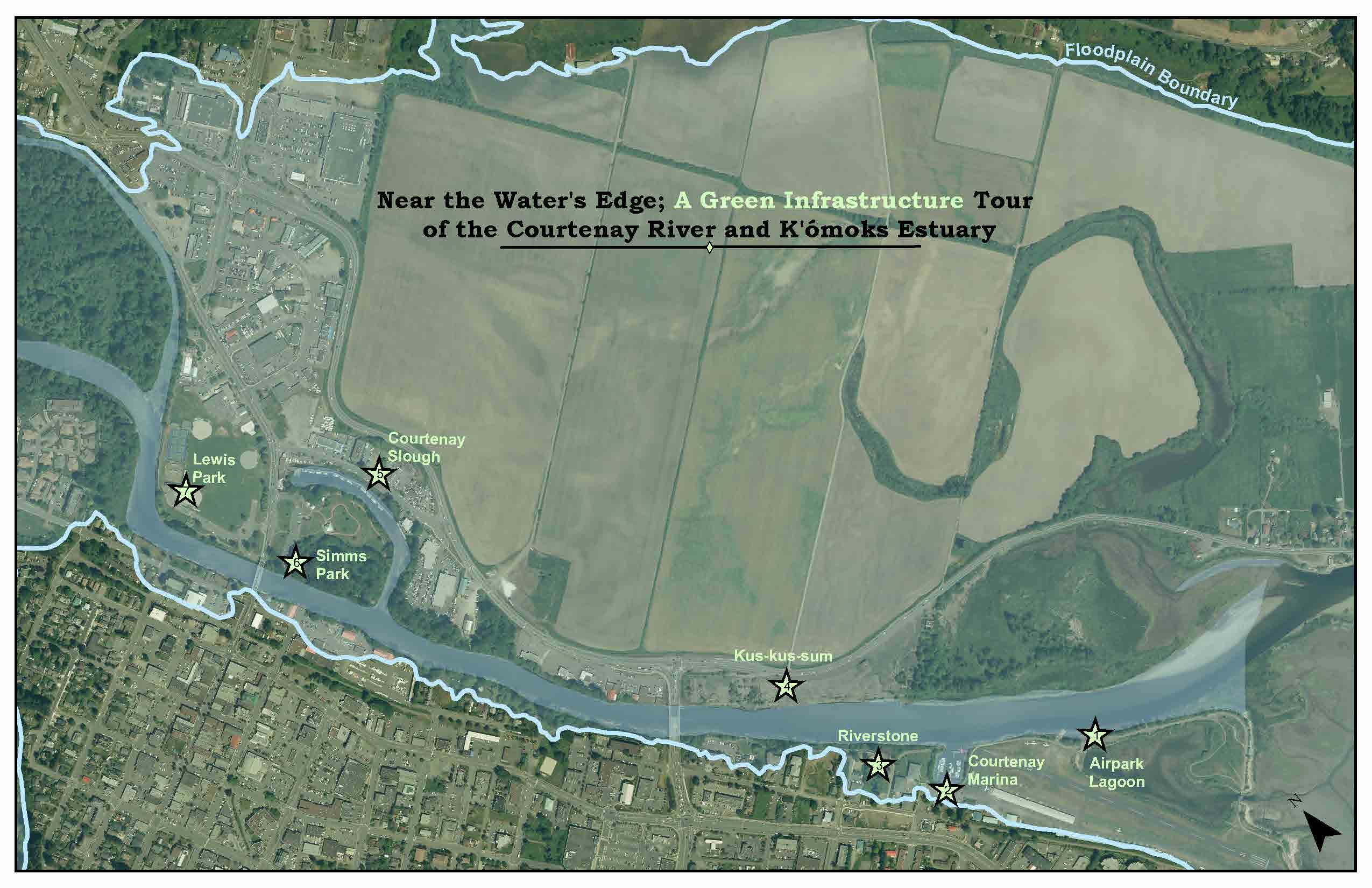 Raffle for Paintings, By The Numbers Tickets

To give everyone the opportunity to participate in this fundraising initiative for Kus-kus-sum and get an amazing piece of art we are raffling off three tickets. Raffle tickets are $20 and on sale until 10 am, May 5th.

We have some materials available from the first phase of the restoration at Kus-kus-sum.

Paintings, By The Numbers 2022

An event where art lovers can get a great deal and support one of the biggest restoration projects in the Comox Valley. The event will take place May 14th, 2022 at 40 KNOTS. Tickets on sale now.

Currently, most of the remaining concrete is in the form of a 170m-long wall buried just behind the steel-piling wall that separates our site from the Courtenay River. Removing this concrete wall is the next step of our restoration and will be undertaken over the next 2 weeks.

Paintings, By The Numbers Gallery 2022

A gallery of the 50 paintings available through the Paintings, By The Numbers event on May 14th, 2022. Paintings donated by Ken Kirkby and Nana Cook.