Off channel Habitat at

When Simms Millennium Park opened in 2000 it included off channel habitat for fish and other riparian species. This was one of only three off-channel habitats for juvenile salmonids along a three km stretch of the upper ecotone of the K’ómoks Estuary.

It was used by species such as Coho salmon, however, it was not functioning as well as it could be. In order to access the pond habitat, fish had to pass through a long culvert which was perched high and only flowed when the river and/or tide was high. In addition, the pond was a dead-end with no connection back to the river. Fish that accessed the pond habitat were often trapped making them vulnerable to seal predation and in the summer the water became stagnant, too hot and low in oxygen, due to limited circulation.

Over 2017- 2018, the Project Watershed team completed a habitat improvement project. The endeavour included the removal of an old culvert connecting the Courtenay River through the park into an inner pond area. This culvert was replaced with a larger fish-friendly culvert installed at a lower elevation so that fish will have more access during a variety of tide cycles. In addition another large culvert was installed at the end of the inner pond connect through to the Courtenay Slough. This installation of the two culverts created a true flow-through channel and has completely changed the hydrology of the area, resulting in improved circulation and flushing which has led to better water quality. Immediately following the changes adult salmon and trout were observed moving through the new culverts and utilizing the channel.

As part of the project some Alder trees had to be removed and the area re-contoured to allow equipment access to the site other non native plants were also removed. These trees and were replaced with conifers and native plant and shrub species.

Volunteers from the community helped salvage fish from the area before the start of construction, and were also on hand to keep the public out of the active work zone during construction and explain the project objectives to those interested. The K’ómoks First Nation Guardian Watchman and their summer students helped with site preparation and the City of Courtenay Parks staff provided tremendous professional support throughout the project. Of course the project could not have been brought to fruition without the financial support of the Fish and Wildlife Compensation Program, Fisheries and Oceans Canada and the Habitat Conservation Trust Foundation. 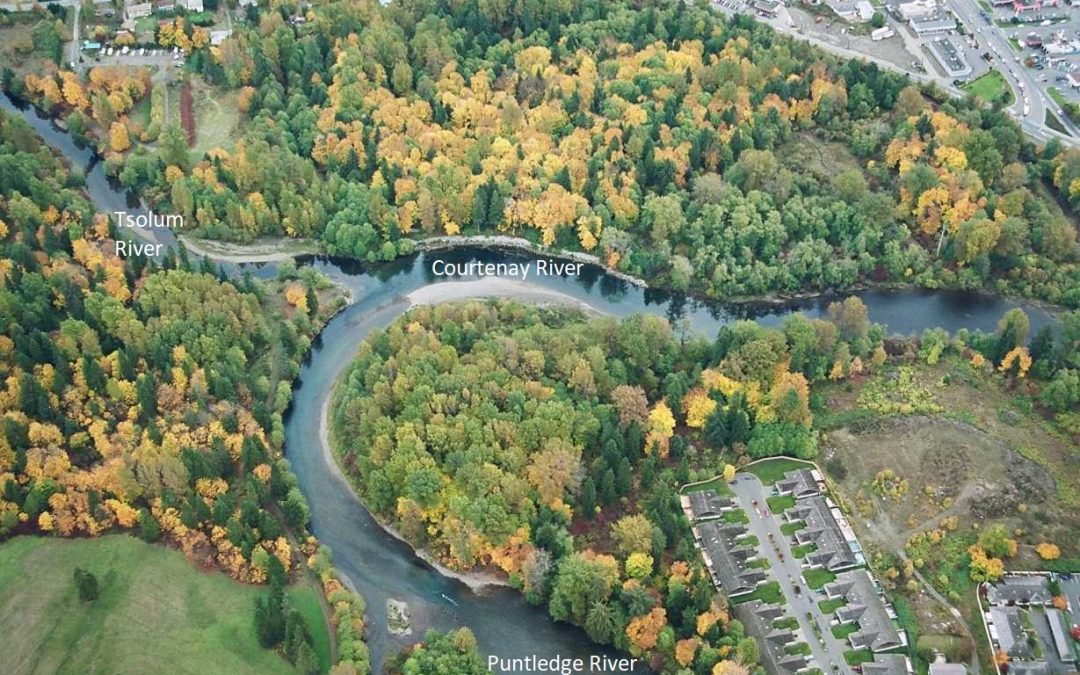 What Can I Do To Help?

Educate Yourself and Others

If you should come across any stream hosting a salmon run, please do not disturb or harass the fish or wildlife.  These fish are a precious resource. The spawners are our assurance that salmon will frequent the stream for generations to come.

We are often looking for extra hands to help with stewardship projects – from planting to invasive removal to education.  To volunteer fill out our volunteer form we will contact you with dates and times our activities occur.

Check out our donate page to find the best way to contribute. We appreciate all donations as they help us o continue our stewardship work.