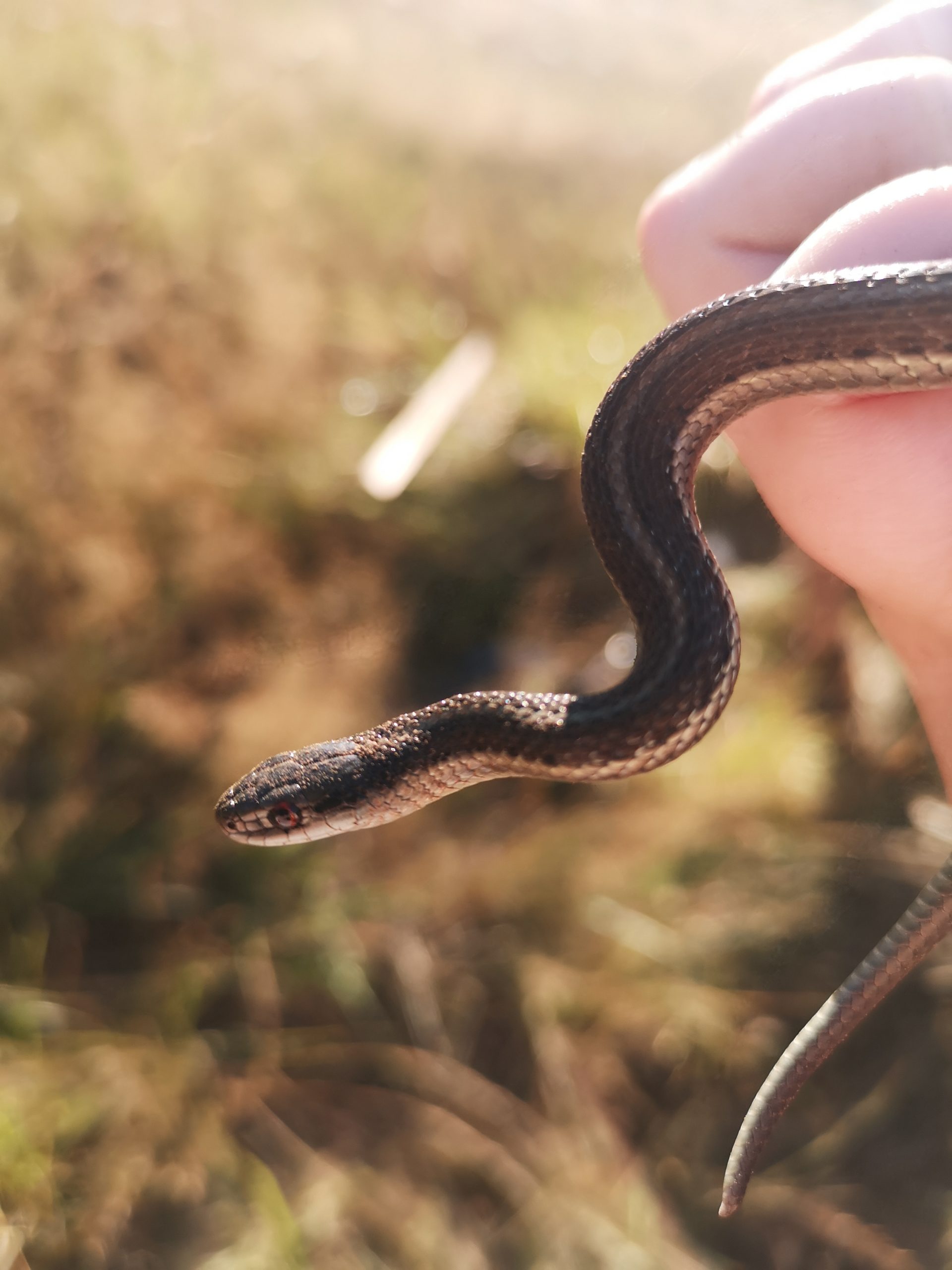 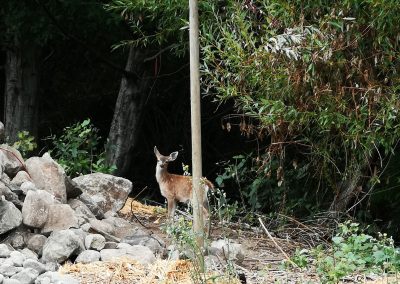 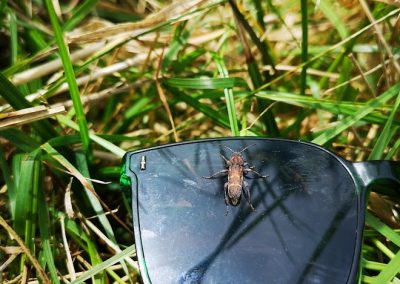 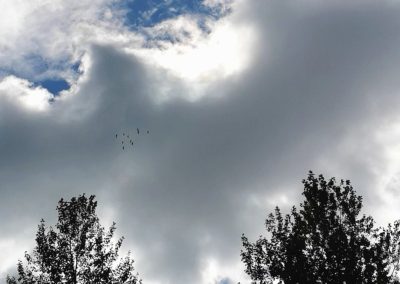 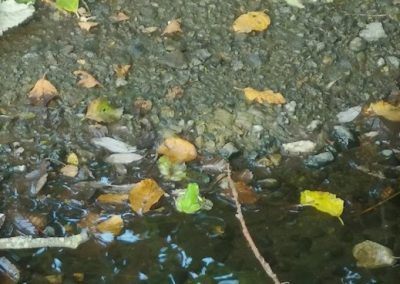 Happy Technician Tuesday! While working around Glen Urquhart stream, our Technician team has experienced numerous encounters with fauna using the site. The presence of wildlife at Glen Urquhart further justifies the need to preserve and restore the area.

Deer have been roaming around the stream, especially since we started planting native species. Browsing became an issue as it hindered the establishment of new plants, so we put up some fencing to protect the majority of the plants. The removal of the Himalayan blackberry thicket on one side of the stream has made it more accessible for deer and other large mammals, like bears. We haven’t seen bears using the area, but there is always bear scat on site letting us know of their presence.

Northwestern garter snakes have been the most frequent visitors around the Glen Urquhart stream. With the removal of Himalayan blackberry, there are more basking areas adjacent to the stream for their use. We’ve also created some rocky areas that they can use. There are so many garter snakes that we have had to safely relocate a few out of our planting zones.

Invertebrate diversity is flourishing in this area. Several species of spider have been making their webs on our planting fences. We have also seen woodwasps, stink bugs, swallowtail butterflies, dragonflies, and damselflies. In the stream itself there are several species of insect present, such as backswimmers and water striders.

As for birds, there are several species of sparrow that forage by the plantings. Brewer’s and Red-wing blackbirds occupy the field adjacent to the site. We have even seen the stream used by a family of mallard ducks. At one point a heron was spotted around the site as well. Turkey vultures and a northern harrier were spotted often in the summer. And on their last day on site, the technician crew got to watch a flock of sandhill cranes pass by overhead.

Pacific chorus frogs have been making their presence known as we moved into the wet season. Their calls can be heard on site throughout the day. The technician team has spotted a few adults in and around the stream. This is a key species that our habitat improvements will be catering to. We plan on planting shrubs near an ephemeral wetland on site to increase available habitat.

Have you seen wildlife in your area and snapped some pictures? You can contribute to citizen science by uploading your pictures with their location onto iNaturalist! If you are unsure what you saw, the community will help you identify it. You can also upload plant and fungi pictures.