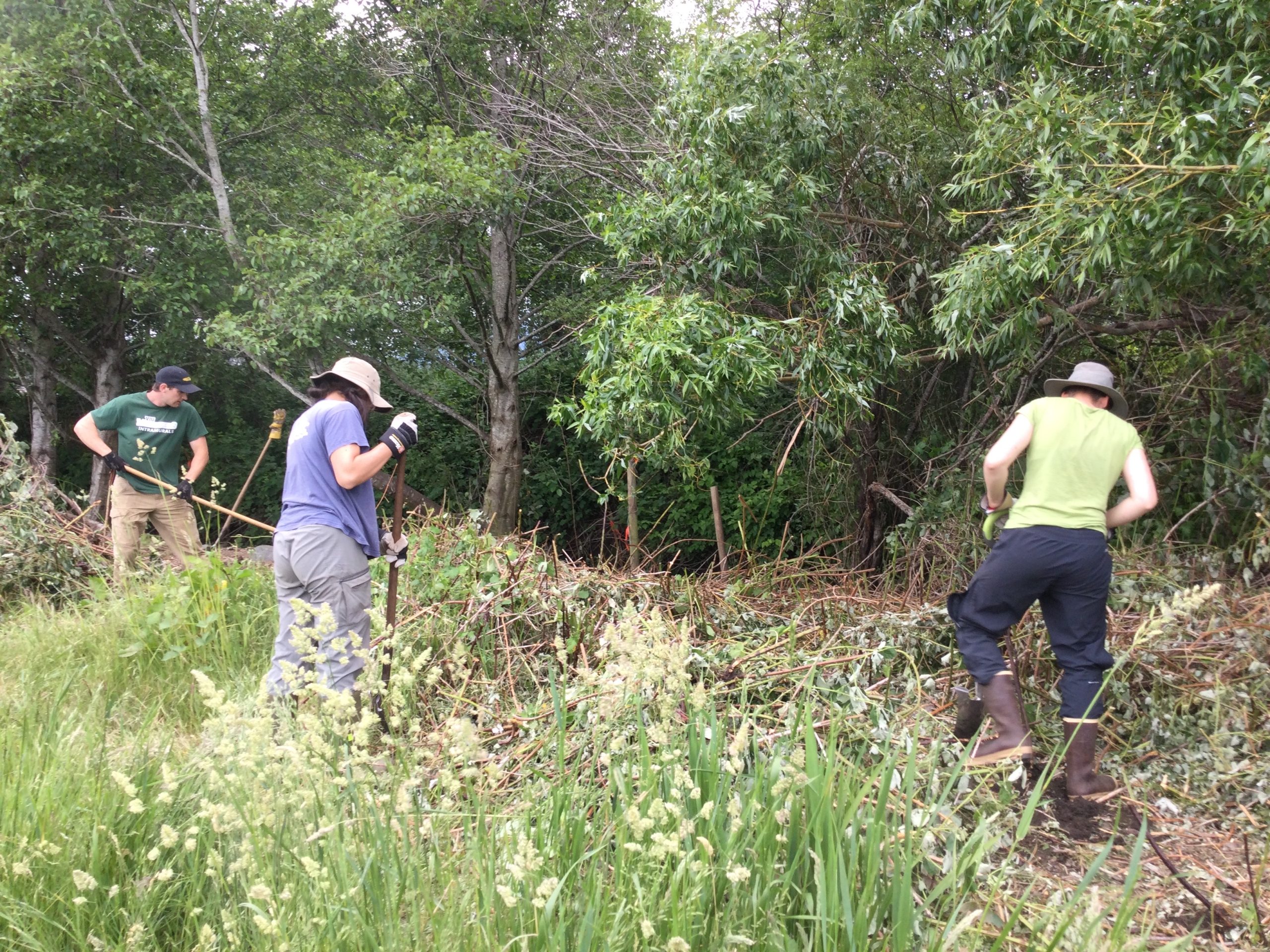 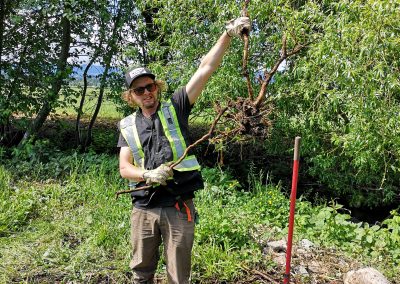 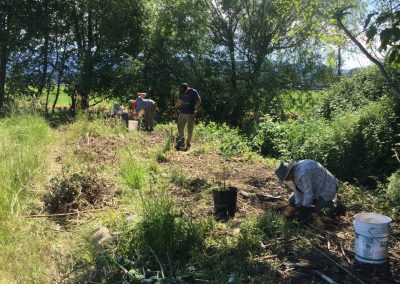 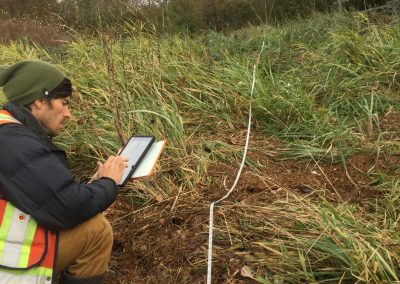 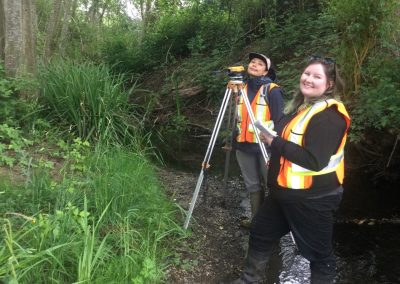 Sam and Jamie at the Stream Survey ~ By C. Pierzchalski 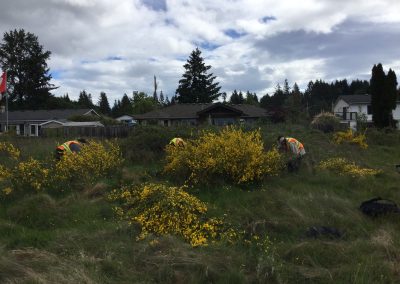 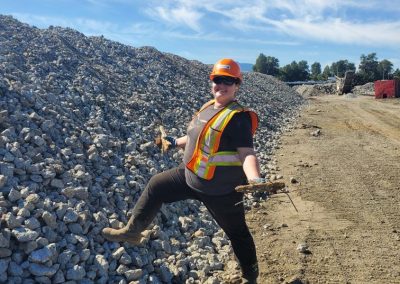 Jamie at Kus-kus-sum ~ By Z. Cilliers

Happy Technician Tuesday! This will be our final tech post of the year. We’d like to reflect on the work we’ve done in 2021.

In the height of the growing season, our team surveyed six transects throughout Hollyhock Flats to create a plant species catalogue. This data will be used to track how the Hollyhock marsh changes over time, be used for modelling salt marsh restoration projects, and provide a planting guide for Kus-kus-sum. Our team surveyed 1.18 kilometres of the marsh with 234 quadrats.

At Kus-kus-sum, we were able to assist with several projects. Before concrete removal began, we cut down all the Scotch broom plants on site. This was done while they were in bloom to decrease seeds in the soil and reduce the chance of broom plant growth in the future. While concrete removal was on going, we were sorting out metal and wood for recycling. We also helped with the removal of crush from the site and installation of sediment fencing to reduce erosion.

As the seasonal Technician team winds down and heads off on new adventures, we would like to thank you for following our work with Project Watershed. We wish you all a wonderful holiday and a happy new year!